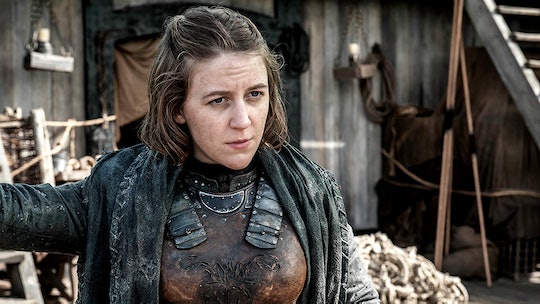 For the past few years, it’s been impossible to go online in the spring without hearing some mention of Game of Thrones around every proverbial corner. There’s just something about the show (copious amounts of both boobs and beheadings, to put a fine point on it) that keeps hoards of people glued to their HBO Go accounts. And we're not just talking certain types of niche audiences who are watching this show: GoT has the kind of far-reaching appeal that shows like Breaking Bad and The Sopranos had, except it’s got elements of fantasy that normally are only embraced by smaller audiences. To write off GoT as just another typical magic-and-dragons show would be a disservice to the show and its fans, including us feminists, who can’t seem to get enough of the goings-on in King’s Landing and its surrounding areas.

Game of Thrones has been open to feminist criticism from day one. After all, in just the first episode we see a woman sold into slavery and raped, while another woman commits an act of incestuous adultery. But just because we’ve been (and continue to be) critical doesn’t mean we don’t also appreciate and often love the show. If you’re sitting there wondering why that is, or are a feminist yourself who has avoided watching the show for this long, here are some of the many reasons why many of us are obsessed with the show: