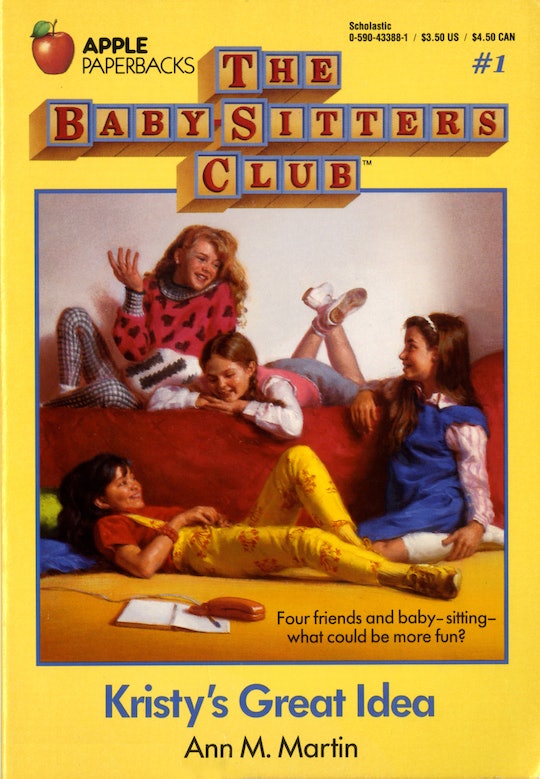 I've read every single Baby-Sitter's Club, Baby-Sitter's Little Sister, Baby-Sitter's Club Mystery, and Baby-Sitter's Club Super Special book that was ever written by Ann M. Martin. These books are what got me so into reading, and what I'd like to think made me want to be a writer. The girls felt like they were my best friends, too, and how cool and grownup were they at 13 years old to run their own business? Talk about awesome role models. If you were as obsessed with the series as I was, these 15 baby names inspired by The Baby-Sitter's Club books will give you some name ideas and all the nostalgic feels.

Between 1986 and 2000, Ann M. Martin was busy writing The Baby-Sitter's Club (BSC) series, including all the spin-off books. The series was so popular, there was a TV show and a movie created as well; an updated version of the BSC TV series is currently in the works, according to The Hollywood Reporter. The original premise centered on a group of friends, all between 11 and 13 years old, who started a babysitting business and ran it out of Claudia Kishi's bedroom (because she had a phone). There were a lot of important themes throughout the series, like dealing with illness, death, responsibility, bullying, friendships, marriage, divorce, blended families, jealousy... you name it. They almost always had a happy ending and a great message, which was very important to 10-year-old me. I'm pretty sure I continued to read them (and re-read them) throughout elementary school and maybe even middle school, and it always felt like coming back to old friends. Choosing any of these names would be an honor to the memory of the series, which I know impacted millions of young people from the late '80s through the 2000s, and even today.