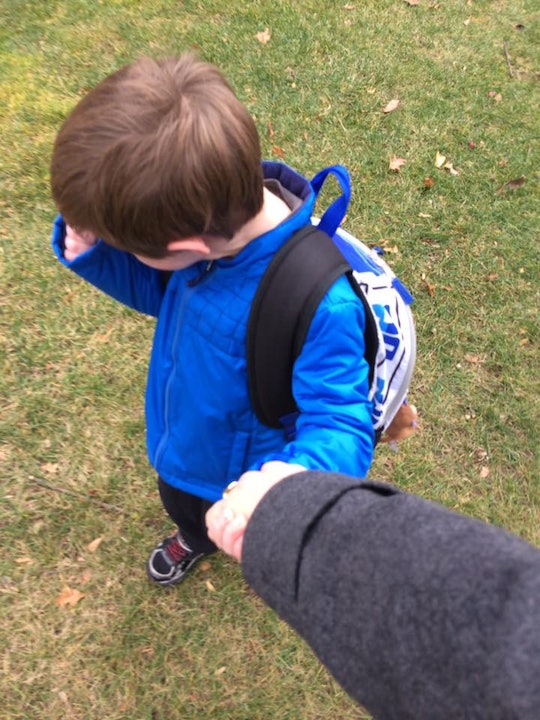 Summer is almost upon us, and with it vacations, crowded outdoor events, and freely roaming kids. It's a fabulous time of year but, as a writer, it is my solemn duty to ruin it for you. OK, not ruin, but remind you of an unfortunate situation: children becoming separated from their parents. Many of us, I'm sure, have either been a child, parent, or bystander, and very reasonably start to panic when this situation arises. Fortunately, as a bystander, we are in a position to help. So, what are the basic rules for approaching lost kids?

I have lost each of my children once each, only for about a minute a pop, and they were among the worst two minutes of my life. The first time was at Disneyland, which in my mind quickly went from the Happiest Place on Earth to a hellscape on par with the most horrifying and overwhelming zombie herd scenes from The Walking Dead. I frantically spun around an ever-moving crowd looking for my 4 year old. Turns out, he didn't even know he was missing. He had just ducked into a secluded corner to play with his grandmother's cell phone. The second time was with my daughter at the other happiest place on earth: Target. She definitely knew she was lost and, fortunately, I could eventually find her by her frantic shouting from (where else) the toy aisle. Neither instance had lasted long enough to necessitate someone else getting involved, but what if they had? What should that hypothetical bystander have done?

Actually, most of the rules are pretty much just good old fashioned common sense, though in a rush of adrenaline and fear for a child's safety, we may forget or not even consider them. But remember: of everyone involved in this situation (missing child, parent looking for missing child, and good Samaritan seeking to reunite a missing child with their parent), as a stranger you are most likely the least terrified party. Be strong for the people you want to help and consider the following.