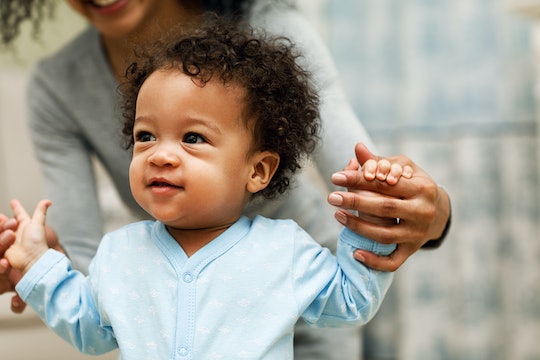 15 Solid Reasons Why September Babies Are The Freakin' Best

If it were possible to guarantee exactly when you'd give birth, signing up for September would be awfully tempting. September babies have a lot going for them, and some of the benefits are actually backed up by science.

My son is a September baby, so I know firsthand that it comes with some sweet perks. There are so many things I've enjoyed about it. It's a gorgeous time of year for a backyard birthday party, for one thing, and we're about to plan his second one without much concern about bad weather (unlike his poor big sister, whose first winter birthday party was canceled due to a massive snow storm). I also loved that during my son's first year, he was starting to be more awake and active by the time the holidays rolled around, so it was really fun to introduce him to everyone at parties. The only real drawback to his September arrival? Having to suffer through the sweltering hot summer months when I was heavily pregnant. That was most definitely not fun, for me or anyone else around me. Still though, I think the trade offs have been more than worth it in the end.

Here are 15 unexpected benefits to being born in September.

More Like This
30 Adorable Baby Halloween Costumes, From Animals To Avocados
How To Get Boogers Out Of A Baby's Nose
Can You Mix Breast Milk & Formula? Experts Weigh In
Here’s Your Guide To Paced Bottle Feeding