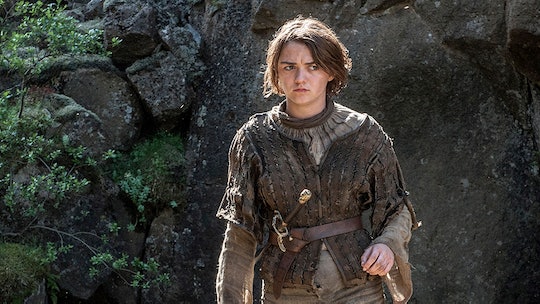 Is there a more loved family in all of Game of Thrones than House Stark? They're like the Gryffindors of Westeros. You can't really blame the masses for their adoration though, right? Even if the Starks are not your favorite, even if you're an evil shrew like me (#HouseLannister #AlsoHouseTyrell), you can't help but be charmed by the likes of the honorable Ned Stark, Robb Stark, and Jon Snow. Then, of course, you've got Arya, the baddest of all badasses, and Sansa, perhaps the most underrated genius of the entire series. Of course, flip side, you've got Bran. Admittedly, Bran Stark is boring lately, but at least he's got cool-ass voodoo-like powers. Even the boring Starks are magical, people.

Largely isolated from the petty political squabbling of the rest of the country in their northern fortress of Winterfell, the Starks have ruled the North for thousands of years. Their no-nonsense honesty and fair-mindedness has earned them the loyalty and respect of their people and of the other great houses of the realm. If you're a member of House Stark (in your hearts... at least until we can create the technology to make Westeros a real place so we can all live there), you know some Big Important Truths that others don't.