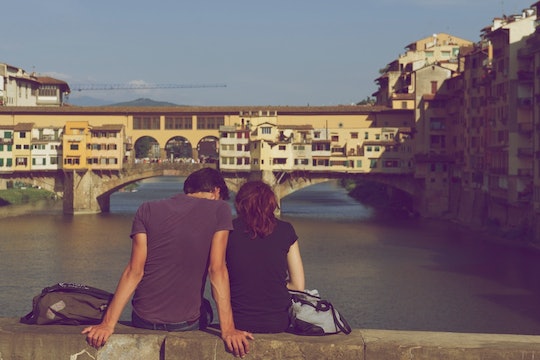 19 Women Share The Exact Moment When They Decided To Cheat

Relationships always begin with a series of promises and compromises. You fall in love and you decide that this is the person (or these are the people, if you’re in a poly relationship) who complements the happiness in your life. They become your partner in everything, your sexual soulmate, as well as your best friend. But sometimes, the passion fades, and compromises begin to feel more like chores; more like shackles. While many see this as a red flag to end the relationship, others aren't so quick to jump ship...but they might start to develop a wandering eye. And hey, it’s not like being committed to someone means you can’t look at other people. Every relationship goes through different phases, some of which make you question whether you want to stay or not. But what happens when the looks and the thoughts about other people become something more?

I once found myself unhappy in a relationship. I was bored with doing the same things, frustrated with the lack of sex, and sad about the lack of spark more than anything. I booked a flight out of the country to figure things out. While there, I met someone who was funny and kind and after a few weeks, we kissed. I felt awful about it, and decided I needed to end my relationship back home (which I tried to over the phone and then had to re-break up with them once I got back to town, but that’s a whole other story). The point is, there are endless reasons why people might stray in a relationship, and while it's easy to judge from an outside standpoint, most of us have found ourselves in situations where at least the possibility of cheating feels plausible, even if it never even comes close to happening.

I’m not alone in this, either. We all have reasons why we wound up straying. I spoke with 19 different women, some who have been through divorce, and others who are single. They gave me the low down on why they stepped out on their relationship. Here’s what they told me:

I had been unhappy for a while when I started fantasizing about a co-worker. (Two weeks later) after a work party, the co-worker took me home and we made out.

"My first husband and I were going through a separation, but I started a relationship before the separation was finalized. I rationalized that the relationship was over in my mind so it was okay to move on with another person. In retrospect, I would consider this cheating if it had been done to me. The second time, I was with the person I cheated with my first husband with, and the relationship progressed to monogamous too quickly for me. I tried to suppress feelings of wanting to "play the field" after my previous relationship (of 11 years) ended. I got drunk and made out with one guy and then performed oral sex on a different guy on the same night."

Lack of intimacy with partner. Bored in relationship.

I was in high school and had started dating someone I kind of liked to get over someone else. That someone else came over to talk and for closure, and one thing led to another and I lost my virginity to them.

"I seriously considered cheating on my ex-husband with one of my clients. My ex was lazy and lacked ambition/focus; I was the breadwinner and in charge of all decisions in the marriage. It was so stressful. Then, I started spending time with a client working on a proposal for his nonprofit. He had drive, he was super-capable, and (here's the dangerous part) it felt like he saw and appreciated me. He was commanding, decisive, remembered things I liked and went out of his way to be appreciative."

I was lonely and bored. It gradually happened with a close friend.

The first time I was in college and we were [in a long-distance relationship] and I had a huge crush on a guy in my friend group. I knew I shouldn't but my boyfriend was far away and I didn't think he would find out. The second time I was drunk and it wasn't really a conscious decision. The third time I was in a foreign country and really detached from my boyfriend and I rationalized that it was ok again.

"I wanted to fool around with someone, and I didn't have the express permission from my main partner at the time. The other time I went past agreed upon limits."

It was more a process than a moment or a plan. I was living with a significant other but I knew I didn't want to stay with them; they were becoming abusive. I was financially preparing to move out but began to be involved with someone I worked with before I moved out.

I was close friends with someone who liked me a lot and in the meantime, going through a lot of issues with the man I was going out with. Things just kind of progressed/got murky and I didn't know how to choose between the two. I was immature and younger and wouldn't handle it this way now.

"The first moment I ever cheated, both of us were very, very drunk."

I met someone at my summer job [whom] I had a crush on. We flirted for a while, started talking on the phone for a while, then started sneaking around. We would make out at work or after work. It lasted about 2 weeks.

"I didn't [realistically] think of [cheating] until it was actually happening. I'm not even sure how we started kissing, and when sex was initiated (though it was not by me). I guess I figured ‘in for a penny, in for a pound’ and went with it. I don't know if my significant other at the time ever knew."

I liked a new guy and hadn't come up with the nerve to dump the old one.

My long-distance, long-term relationship was not going well. I started getting interested in a different guy who I was bumping into on a daily basis. We hung out a few times before we hooked up. I had sort of started process of breaking up with previous boyfriend (we had a bad fight on the phone), but we were not really completely broken up the first time I slept with the new guy. I had gone to his dorm room to play chess... and ended up giving into other desires.

"[I've cheated] when I've felt my emotions had been murdered but physically I felt stuck. Probably 3 boyfriends, a few times each. The first time, I was raped. Doesn't count as me cheating. The times after were premeditated attempts to get the love and attention I wasn't getting from my boyfriend from someone else. I have never been caught, though I admitted one instance when I had broken up with and rekindled with my current boyfriend."

"I was already going to break up with the girl on Monday, so I didn't stop myself from kissing another girl I had feelings for during the weekend. A couple of months later, after we'd already been broken up for a while, her best friend told me that another one of our friends told my ex about the kiss. I was bothered by him, since it was none of his business, but not by what I did, since the relationship was ending anyway."