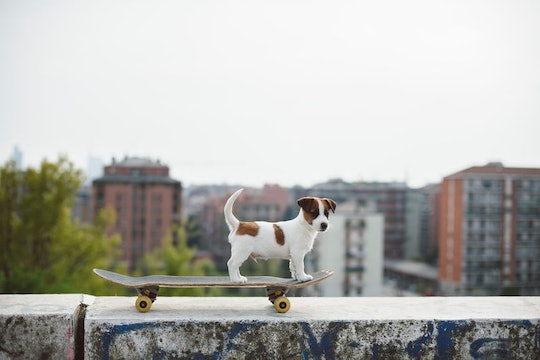 Naming a pet isn't quite as official as naming a child (you don't have to set it down permanently on a birth certificate or social security card, after all), but that doesn't mean it isn't serious business for many fur moms and dads. Finding a name that suits your dog's personality as well as your own isn't easy, but there are so many places to look for inspiration. That includes the zodiac, because animals have star signs, too. Perfect names for Aries dogs, for example, might reflect their fearless and curious nature.

If your pup was born between March 21 and April 19, Astrology.com explained that they're an Aries. You can expect them to be super inquisitive, according to Dogs Naturally, which might give them a nose for mischief. The Dogington Post noted that Aries canines typically have "alpha dog" personalities and will want to be the leader of the pack. And with Aries being one of the zodiac's three fire signs, you can expect your doggo to be a fast-moving, feisty bundle of energy, according to Astro Library. It sounds like an Aries pup may be a bit of a handful, but it also seems like there'll never be a dull moment with one by your side.

Here are 21 names that just might be a perfect match for your furry friend's amazing Aries energy.