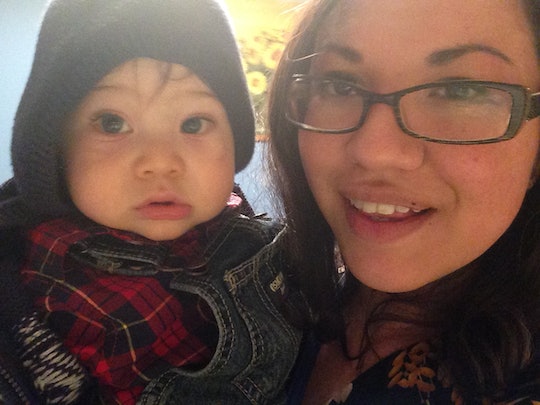 Becoming a parent is a double-edged sword. It's an incredibly exciting, joyous occasion, and babies can be pretty rad and super cute. Parenthood can also be the source of some tremendous fear, doubt, and worry. Personally, motherhood has left me questioning damn near everything, from the choices I make to the things my child does. Every parent gets scared from time to time, but not all fears are created equal. So I spoke with a number of moms and asked them to get real and share their biggest parenting fear, and it was interesting to hear the varying reasons behind their concerns.

After my son was born, my biggest fear was that I would suddenly lose him. In fact, it continues to be my biggest fear. I had a daughter before I brought my son into the world, but she was born premature and died shortly after she was born. So when my son was born and quickly taken to the NICU shortly after, my fears intensified. It was awful not being able to see him for the first two days of his life and the looming worry of losing him was always prominent. Even when I was finally able to bring him home, I worried. I checked his breathing every few minutes. I kept him close by. I made sure nothing could hurt him. And, in the end, it took about two years before I was able to start loosening my grip. I’ve worked hard to remind myself that I can’t coddle him his whole life, because I want him to be strong and independent.

I'm acutely aware of the reasons behind my fears, like Post Traumatic Stress Disorder (PTSD). Knowing why I feel the way I feel, and seeing a therapist and trying other methods, like my yoga practice, have all helped me get through each day. But that's just my story, and while a constant state of fear is a common denominator connecting most parents, the reasons behind that fear are as unique as the parents themselves. That's why, I think, it's so important to listen to one another and learn from our drastically different experiences. So with that in mind, here's what five braves mothers are scared of when it comes to their children: