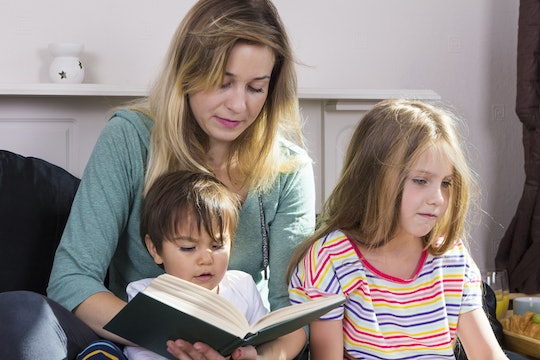 When I was little I loved fairy tales. In fact, my mom read them to me until I was old enough to read them to myself. So when my daughter was born, I ran out and bought two anthologies of fairy tales almost immediately. But as I read these blasts from my past to my daughter, I started to feel uneasy. Maybe I was feeling this way because I realized just how sexist fairy tales are, or maybe it's because it dawned on me that fairy tales perpetuate rape culture. Either way, I quickly banned all fairy tales from our home and, honestly, haven't read one since.

Why can't we either refresh these old fairy tales with today's social norms, or push them to the "antiquated" section of the library? I mean, fairy tales have been updated numerous times since their original forms. Charles Perrault's Cinderella, for example, was a lot more violent and brutal when it was first created. In the first version of the now-beloved story, Cinderella's stepsisters mutilate themselves in order to fit into the glass slipper. One cuts off her heel, while the other cuts off her toe. And, in the end, pigeons peck the sisters' eyes out. Clearly, no one is reading that particular version to their kids. We changed it, because we knew we had to in order to make it more kid-friendly.

We've changed the endings to numerous fairy tales, too. In The Little Mermaid, our main character happily married the Prince, instead of losing her life to suicide like she does in the original Hans Christian Andersen version. So, we update, revise, renew, and redesign outdated material so that it's more suitable for children. It's called evolution, not censorship. The original stories are still available to those who seek them, but those who'd rather not give their children nightmares have a milder form they can choose to read, too.

So, when it comes to perpetuating toxic masculinity or rape culture, promoting sexism and the patriarchy, why can't we create new fairy tales, too? Until that happens, consider the message the stories below send to our children.

More Like This
30 Messages To Write In A Valentine's Day Card For Your Child
The Best Travel Tips For Solo Parenting
When Does A Baby Recognize Their Father? A Pediatrician Explains
What To Do If Your Toddler Keeps Taking Off Their Diaper At Night
What Parents Are Talking About — Delivered Straight To Your Inbox