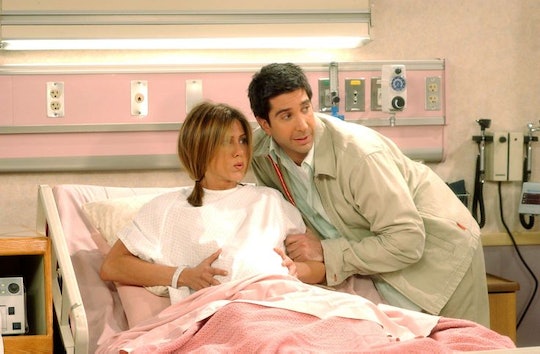 I never thought I was going to end up having any medication during my labor. Like all big-talking first-time moms-to-be, I was committed to having a completely unmedicated labor and delivery, so it never occurred to me that my body, and my baby, would end up following an entirely different plan. In other words, there were more than a few things I wasn't ready for when I had Pitocin during labor. Turns out, getting the tiny human from the inside of your body to the outside is truly the first of countless moments when being a parent will challenge your (OK, my) massively misguided notion that you can control everything, or in some cases, anything at all.

Among the many parts of my five-page birth plan (LOL, ugh, I was so cute and stupid) that never ended up being relevant, applicable, or realistic when I was actually in labor, no unexpected event during those long 61 hours of active labor (yeah, I have war stories) was more challenging for me to mentally overcome than the prospect of using Pitocin to augment my labor. But long story slightly shorter, I got to the point where it was either lean hard on Pitocin (like, "borderline illegal" hard) or head to the nearest operating room for a C-section. As you'd correctly assume, a C-section was the one thing I wanted less than drugs, so there we were, Pitocin on deck!

I had a lot of ideas about what Pitocin would do to my body, and I was more or less correct about most of them. The contractions were more intense, more frequent, and I didn't particularly enjoy any of that. It also ultimately kicked my cervix into shape and my baby came out. That said, there were some things about Pitocin that I absolutely did not expect, and they ended up defining the experience for me more than anything else possible could: