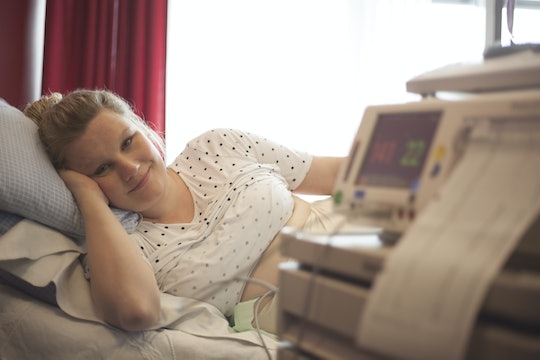 If I was to believe anything about childbirth from the media, it would be that it hurt. Still, the inevitable pain didn’t deter me from my intention to deliver my babies vaginally, so I tried to gather intel from other moms about their delivery experiences. Some had epidurals, some didn’t. Each one had a birth story that deviated wildly from what their vision of the experience might be. And there were things that women who chose epidurals wanted me to know, since I was not opposed to getting one myself.

Still, in the end and regardless of how many questions you ask or research you sit down and do, nothing truly prepares you for childbirth. One woman’s success story may be a good point of reference, but it could never serve as a “role model” for the perfect delivery or a benchmark for what you're sure to experience, too. In writing my birth plan (which is every first-time mom’s biggest, most unintentional joke she'll ever play on herself), I mentioned getting an epidural upon request. In my heart, however, I was thinking, “Oh I won’t need one. I’ll be able to soldier through the pain. I have such a high threshold for it.”

Just as I had misconceptions about epidurals, and the circumstances that can potentially facilitate them, other people may not know the real deal about them, either. Since nothing about labor and delivery follows the script we've collectively grown accustomed to seeing on television shows and in movies, let me share a few things about the choice to get an epidural that women, like me (who has had two of them), want you to know: