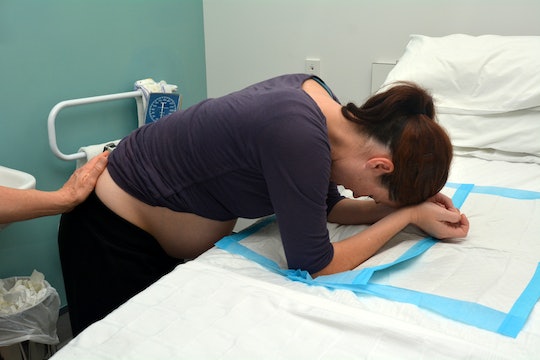 I have been a mother for just about 5 years now. That's 43,800 hours. Of those hours, 27 were spent in labor, and they stand out as the worst. So, I still count getting epidurals (13 and 7 hours into each labor, respectively) as two of my best parenting decisions to date. As a result, though, other hours have been spent listening to some sanctimonious moms try to convince me that getting an epidural was a bad idea, which means I've spent hours coming up with ways to respond to moms who shame you for getting an epidural.

Whether or not to get an epidural is not a question of "right choice" and "wrong choice." Just as the decision to have children at all isn't an issue of "right" or "wrong," or should or shouldn't. These are all decisions that rest in the hands of the woman in question, and the answer varies. For me, getting epidurals were part of two wonderful birth experiences overall and absolutely the right call to make. ("Absolutely the right call," was, in fact, how I described them at the time to my partner, blissfully kicking back and actually enjoying each contraction instead of exhaustedly wincing through them every two minutes for hours, for hours on end.)

I've also learned a few things in my time as a mom. I've learned all the names of the characters on My Little Pony. I've learned the precise face my daughter makes before she's about to poop (and denies it). I've learned that my son is a talented and inveterate procrastinator. And, of course, I've learned that there is a contingent of other mothers out there who will do everything they can to make your experiences not about you, but about them and their opinions. Epidurals are a powder keg for this proclivity, and over the years I've concocted some practical (and amusing) responses to their statements, questions, and claims.