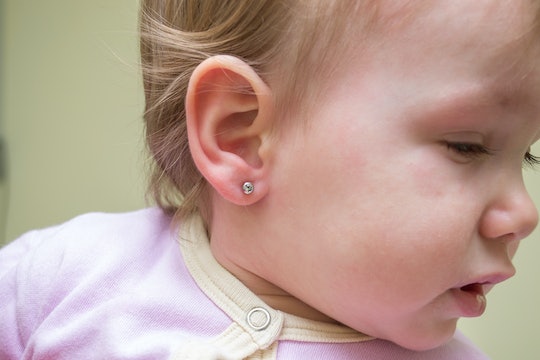 My daughter's body is her own, just as my body is mine and mine alone. And I think that undeniable fact is something I can teach my daughter very early on and at a young age. We constantly talk about bodily autonomy in age-appropriate ways, which is why there are more than a few things I won't do to my daughter's body without her permission. I don't want to undermine these very important messages with my actions, no matter how innocent they may seem.

Obviously, when my daughter was a baby I had to make decisions about her body without consulting her. I couldn't ask her if it was alright to, say, change her diaper or give her a bath or give her shots. I knew that those things were all beneficial for her, and because she couldn't do them herself I had to do them for her. But even then there were some decisions I refused to make until she was old enough to give me her permission. And now that she's older I do consult her before making other decisions about her body that I believe she has a right to always be in control of.

I don't want my daughter to think that someone else has the right to her body, or the right to tell her what to do with her body. And if I'm going to teach her to demand people respect her bodily autonomy and her space, I have to do the same. That's why I refused to do the following to my daughter's body without her permission: