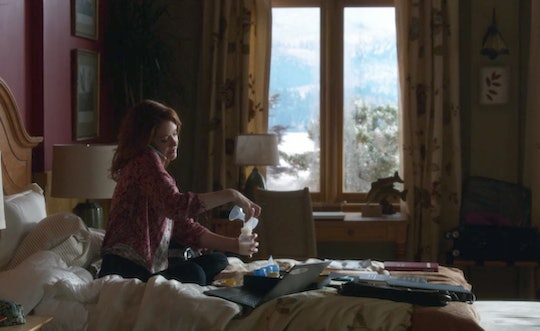 If you had asked me when I was pregnant how I planned to feed my kid when he finally emerged, I would've answered without hesitation: I was going to breastfeed exclusively for at least a year, possibly two if it was working for us. Furthermore, I would be proudly boobs-out everywhere I went, quietly challenging bystanders on their learned notion of breasts as sex objects; perpetually daring managers to ask me to cover up. Exclusively pumping wasn't, in my mind, an option, so the things I did every day for myself when I was exclusively pumping were as surprising as the need to exclusively pump itself.

I should mention that, when considering my feeding options for my child, I was obnoxious as hell and had way too much time to fantasize about the ways in which my actions might shift broad social constructs. Now, there's no overstating how little I care about what strangers think of my boobs, one way or another. All of which is to say, breastfeeding wasn't just the choice I made about how I would feed my baby — it was a choice I made an direct accordance with everything I thought myself to be when I was 25.

So when my vagina eventually expelled a 9.5-pound beast made of raw hunger, and my historically meager breasts failed to rise to the challenge, I was beyond frustrated. Sidestepping a tedious analysis of how breastfeeding was just one aspect of pregnancy/birth/parenting that mercilessly beat humility into my perfectionist, overachieving ass, suffice to say I was displeased that weeks of latch problems, clogged ducts, mastitis, thrush, and low supply (when I fail, I fail spectacularly) left me with basically two choices: embrace the formula lifestyle or embrace my breast pump.

You can probably guess what my perfectionist, overachieving, insufferably stubborn and possibly self-loathing ass decided to do.

While I was exclusively pumping (also known as the most punishing path any mom can choose for feeding their babies), here are some other things I also decided to do: