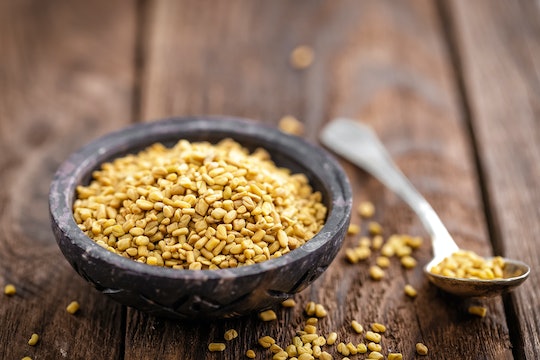 7 Foods To Eat While You're Breastfeeding, According To Old Wives' Tales

When I was breastfeeding my daughter, I must've heard and tried every remedy under the sun to improve my lagging supply. Some of them worked, some of them didn't, and some of them were just gross. However, I noticed that once I started asking for recipes and remedies, it was like I was opening a floodgate. Everyone and their mother had a cure or a method to make things better. Apparently old wives' tales about what to eat while you're breastfeeding are as many and varied as the old wives themselves, but hey, if the prescription is beer, who am I to argue?

There's one old wives' tale that seems to be evergreen and have some scientific backing — water, and making sure you drink enough water for your supply. There is some back and forth about how much is enough, but the one consensus is that you shouldn't let yourself get thirsty. Forcing fluids or drinking tons more than you normally do isn't advised, but drinking enough? That's something everyone can get behind. Other popular old wives' tales about what to eat while you're breastfeeding are somewhat more controversial. These can range from drinking a beer with breakfast to eating more sardines, and there seems to be a unique remedy in every culture across the globe. Here are a few of my favorites.