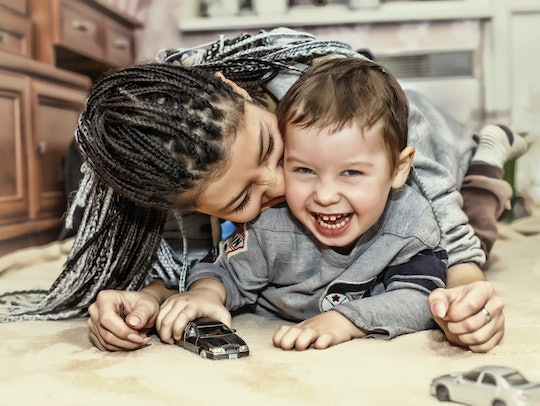 7 Positive Things You Can Actually Learn From Helicopter Parents

I'd like to think that becoming a helicopter parent was more fate than choice. I endured a traumatic childhood, and promised that when I had children I would always, always, be around. And now that I'm a mom of two, well, I have to fight the urge to run to my kids' side at even the slightest hint of a problem. Yes, I know, a parent hovering over their children is often criticized, but I think there are some positive things you can learn from helicopter parents.

That's not to say helicopter parenting, like any other type of parenting choice or philosophy, doesn't have its downsides. I am constantly stressing over my children, and often to the determent of my mental health. I'm arguably over-protective, and sometimes I parent situations that my children are entirely capable of handling themselves. I don't give them the freedom and space they often need — mostly out of fear — and I know that sometimes my worry and love can be "smothering," if not even slightly annoying.

But there are undoubtably things every parent can learn from helicopter parents, despite the negative connotations and bad rap us hovering moms and dads receive. And while any form of extreme parenting isn't the best option, I'd rather "over-parent" my children than fail to parent them when they need me. So with that in mind, here are the lessons every helicopter parent innately knows, that everyone and anyone could benefit from: