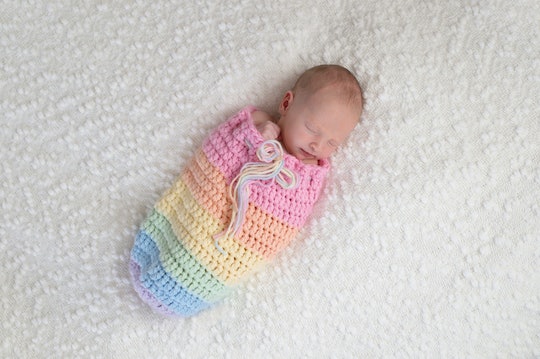 When I became pregnant four months after my miscarriage, I was anxious in the way that only moms who've experienced loss can be. I didn't share my feelings with many people, but I did talk to a co-worker and fellow mom who had experienced a stillbirth. She understood my fear. "This will be your rainbow baby," she assured me. I'd never heard the term before, but pieced together that it's a child born after loss. I appreciated her sympathy and her words, but as time went on I became wary: people need to stop romanticizing rainbow babies.

It's not that I object to the idea. Indeed, when my co-worker introduced me to the term I took comfort from her words, especially since she is someone who understood pregnancy and child loss. It's a beautiful idea: a baby who brings sunshine after rain to create something truly magnificent. Something that couldn't have existed without preceding tumult. And yet, as so often happens with beautiful ideas, they run the risk of outgrowing themselves and, in the process, becoming maudlin clichés trotted out to subdue and explain an emotional situation rather than explore and honor it.

If you are someone who takes comfort in the idea of your rainbow baby, or even just the general idea, that's lovely and I would never suggest it's problematic or something you should think twice about embracing. But romanticizing on behalf of someone else, who hasn't told you their own thoughts and feelings on the matter, is something that should be done cautiously and with the following in mind: