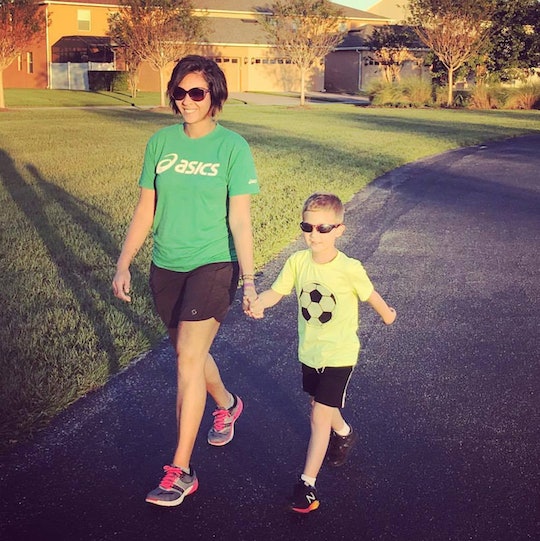 7 Things Every Lighthouse Parent Wants You To Know

I've been a self-proclaimed "helicopter" mom as long as I've been a parent. But over the years by "style" has morphed and I've evolved as a woman and mother. I've noticed how differently I do things lately that fall more in line with being a "lighthouse" parent, which is a cross between helicopter and free-range. It strikes a balance I was previously lacking. And because I'm a professional at this whole mom thing now, there are things every lighthouse parent wants you to know about what it means to be the "beacon" of light in our children's lives.

For a long time, I held a tight grip on my children's whereabouts, sense of wellbeing, and overall autonomy (i.e. the foundation of being a helicopter parent). I didn't do it out of spite or malice, but because I honestly believed in always hovering near my children so I could keep them safe or help them avoid making irreparable mistakes. Over time, though, I noticed that my children were turning into people who couldn't figure out their place in the world without me. I didn't want that to be the case, so I learned how to back off and found myself in new parenthood territory as a lighthouse mom.

My first baby, my daughter, never wanted or needed me hovering over her. She has always valued her independence and rebelled anytime I accidentally smothered her. I think having her is one of the biggest reasons I decided to change my parenting ways. Through her I realized that my kids could do things without me constantly buzzing nearby. Still, that lesson was difficult to learn after enduring two miscarriages and a traumatic delivery in order to have my son. Suddenly I was a new mom again, terrified something would happen to the baby I had worked so hard to have. In other words, I'm still learning how to give my children space so they can grow into the people they're supposed to be.

I'm excited to embrace this new chapter of my parenting. A part of my story where my "style" doesn't involve me putting in so much time and effort and stress in order to help my children grow. Now I get to be more flexible and have more faith, while still providing my children with boundaries that keep them safe. That's the epitome of a lighthouse parent, and here's what us lighthouse parents want the rest of you to know: