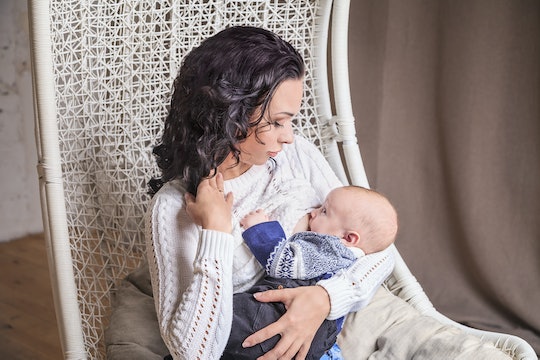 7 Things That Happen To Your Brain While Breastfeeding

Remember those commercials from the 1990s that fried an egg and said, “This is your brain on drugs?” Well, there needs to be a new version of those commercials that say, “This is your brain on breastfeeding,” but instead of frying an egg there are fireworks or images of Supergirl or something. Because awesome things happen to your brain while you breastfeed, from hormonal shifts to literal new pathways being formed. Not only does breastfeeding facilitate bonding, but it has permanent changes on the makeup of your brain. Whoa.

We already knew that breast milk itself was amazing. (Did you know that it changes every single day, based on the dietary and antibody needs of your baby?) But breastfeeding itself is also pretty incredible. Immense changes occur in the brain of a person who is nursing — so many changes, in fact, that Katherine Ellison wrote an entire book on the neurology of breastfeeding, called The Mommy Brain: How Motherhood Makes Us Smarter. I was pretty doubtful of this claim, since what I remember most about early motherhood was feeling totally scattered and not being able to remember anything. But the research is solid, bountiful, and proves breastfeeding works magic on your brain.