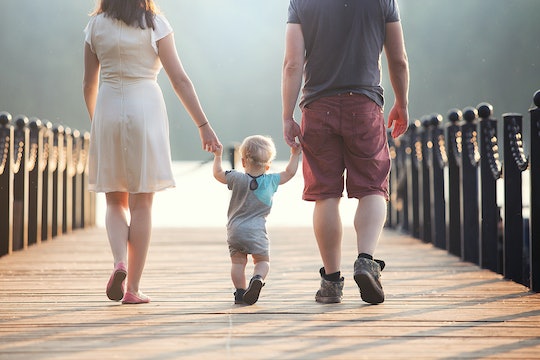 7 Things Your Son Shouldn't See You Do To Your Husband

Raising boys in this particular political climate is difficult. You want to raise boys who are kind, aware of the world around them, sympathetic to those who are less privileged, and who will grow up to be good partners and (if they choose) fathers. A lot of this learning starts at home, as children model the behavior they see performed by the adults in their lives and particularly those of their parents. For this reason, it is important to be aware of certain things you should never do to your husband in front of your son, and particularly things that could cause your son to feel shame, or that reinforce negative behavior he might later emulate in life.

My husband does not ascribe to typical gender roles about what dads typically can and cannot do. My boys will never grow up thinking that a guy can't wear shoes with pink flowers on them, and they probably will be surprised, as they start to hang out at other people's houses more, to not see more dads in the kitchen making dinner almost every night. People don't really see me at school that often because my husband is the drop off guy almost every morning, after having pushed both kids up the hill at warp speed in his business suit.

I know that, despite having chosen a wonderfully open human being when it comes to gender roles and marriage, that we have each have slip ups in our behaviors around each other in front of our kids. Sometimes we fight, and sometimes I do things that probably aren't cool for my future men to observe. The things I am most concerned about my sons seeing are the things I'm afraid they might internalize when it comes to expressing their own emotions, or when they grow up to have their own relationships. Here are some of the top things I try not to do to my husband in front of my boys: