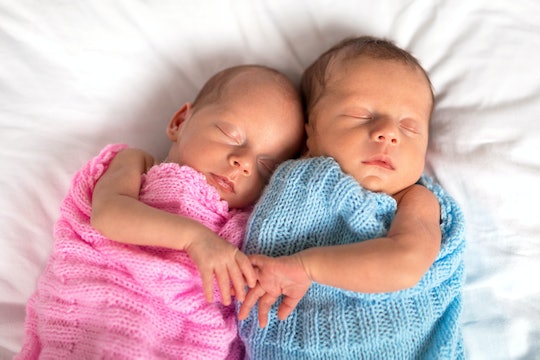 I am the mother of both a boy and a girl. They share the same birthday, five years apart, with my eldest being my 10-year-old daughter. Both kids are well-adjusted, kind and compassionate, and I think motherhood actually helped me combat gender stereotypes to make sure they continue to be authentic to their true, unapologetic selves. In today's world, a lot of us struggle to fight against pre-conceived perceptions and stereotypes. At least, I know I do. Because I'm a girl, I'm expected to be a wife and mother, sure, but I do those things while working hard at excelling in my chosen career, too. Because I'm a girl, I'm expected not to be as into sports or athletics as my partner or other men, but I'm a distance runner and X-Games and UFC enthusiast. Because I'm a girl, I'm expected to know how to do my hair and makeup, and to have a sense of style and fashion. Honestly, in my 34 years of live, I've really struggled to adapt to those norms.

Having two children of my own now, it's more important than ever I take a hard look at gender and the ways in which I might stereotype my children (or others) without realizing. Those learned concepts are ingrained in ways I honestly never thought about until I was confronted by them. The times we've given into traditional ideas for what boys "should do" and bought into what is "acceptable" for girls are few and far between these days, but they still linger. We're working on it as a culture, for sure, but for me it's part of an ongoing process that's teaching my children, and myself, how to be more compassionate and understanding to those unlike us; be it by gender, sexuality, religion, or whatever it is that could divide us.

Whatever it is, motherhood has helped me grow in tremendous ways; most notably, in fighting against traditional gender roles. Here are some of those ways, we're striving to grow in order to have a more unified house, and world.