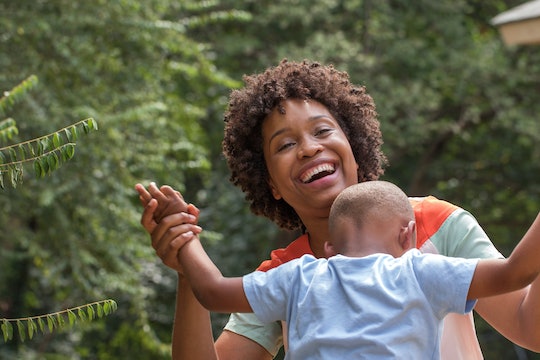 10 Things We Need To Stop Saying To Our Sons, Immediately

I know all about the horrific messages young girls and women are inundated with on a daily basis, because I was a young girl once and I am a woman, now. I know that I am valued more for my body or appearance or perceived sexuality, than I am for my strength or my courage or my thoughts and beliefs and intelligence. I know that many would rather see me, than hear me, and that I shouldn't be "bossy," which really means I shouldn't voice an opinion or have thoughts independent from and different than a man's. I didn't realize, however, how difficult men have it, too. Of course, they are not sexualized the way women are, or deal with the blatant sexism women face on a daily basis. They may not have to fight for the right to control their own bodies or the right to be paid equally for equal work, but the patriarchy and gender stereotypes hurt men, too, and I see the potential dangers my son (even with the privileges that come with being male, if that is the gender he continues to identify with) will face.