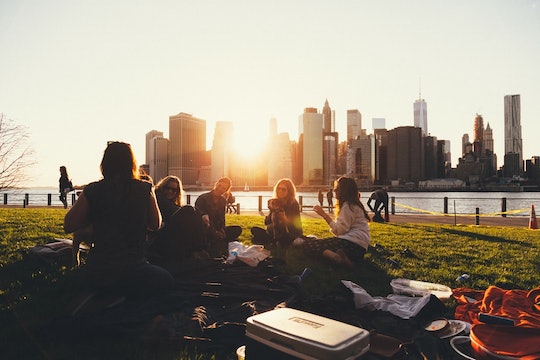 What is it about sitting at a desk that makes one want to stand up and walk away from it? True story: I’ve had to get up like four times since sitting down to write this piece. And it’s not because I don’t want to write it; I do! But it’s because it’s hard to concentrate sometimes, no matter how interested you are in the thing you're trying to concentrate on. And, because I’ve already done a fair amount of work today, I’m kinda ready for a break, as are most adults after they’ve put in a few hours (or a few minutes, whatever, I don't know your life) into their jobs.

Something that’s equal parts challenging and awesome about adulthood is that, most of the time, we don’t have someone else telling us when and where to be somewhere. We don’t have one of those classic round analog clocks with a red second-hand ticking on the wall that we can watch, telling us when we can go outside to swing and play kickball. But it would be kinda nice, in my opinion, if we had scheduled windows of time during our work day where we were required to go outside and blow off some steam. If it sounds a little like I'm advocating for the introduction of recess into the grown-up workday, it's because I am absolutely suggesting that. Exactly that. Here's a few reasons why this should be a thing: