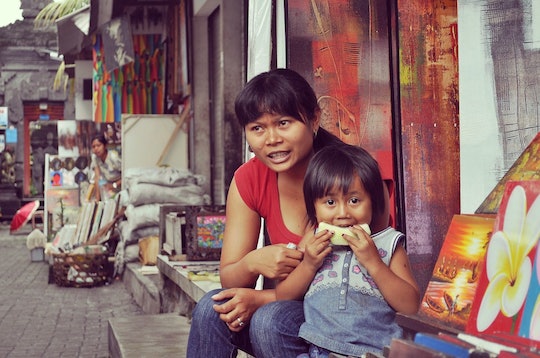 An enormous and necessary disclaimer right up front, if I may: motherhood is hard as hell. It requires intense dedication and unfathomable time and energy. Stay-at-home moms, working moms, work-from-home moms, and everyone in-between have their work cut out for them. That said, you will never hear me say motherhood is a "job." In fact, I think that as a society, we need to stop referring to motherhood as a job. I don't seek this change because I think it's giving moms too much credit for the things they do, but, rather, because it doesn't give them nearly enough.

Jobs and motherhood can have a lot in common, sure. We spend a huge amount of our time focused on it. We can love it and hate it (sometimes even at the same time). We can derive tremendous satisfaction from it. And, for better and for worse, we often allow these roles to define us. For these and other reasons, it makes sense that we often view motherhood as a "job." The truth of the matter is, though, you just can't compare the two and that's OK. This isn't a "my choice is better than your choice" statement to childfree women out there. This isn't a smug, veiled way of saying something along the lines of, "Until you have kids you just can't understand." This is like saying, "You can't compare wind-surfing to a banana." Both wind-surfing and bananas are great, each with their own set of benefits and virtues, but comparable? No.

There are other reasons motherhood shouldn't be considered a job, too, none of which detract from either careers or being a mom. Of course, how any woman wants to define her life choices and experiences are entirely up to her. However, for me, there are undeniable reasons why I don't view motherhood as a "job," including the following: