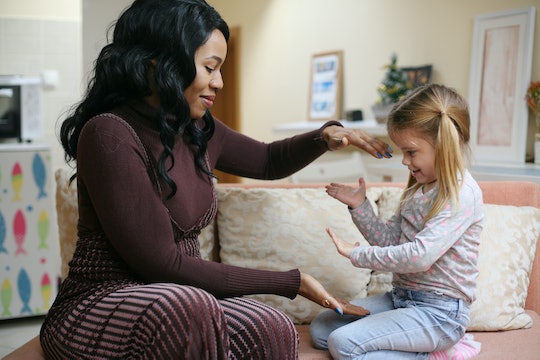 I'm not naturally a worrier. Sure, I try to work out problems before they happen, and have been known to overthink a thing or two, but I wouldn't classify myself as a worrier. However, there are things adoptive parents can't help worrying about and, well, I'm an adoptive parent. They're not daily worries and they don't keep me up at night, by any means. Instead they're the kind of worries that sometimes just breeze through the back of my mind, like a shadow, while I'm busy focusing on something else.

Adoption is, by definition, complicated. It is beautiful and heartwarming, as well as heartbreaking and complex. It usually involves more people than a biological birth, usually requires more outside help, and there are usually more questions and wonders and worries. Then, of course, is the fact that it's not the common way for families to be made. It's not something we grow up talking about unless your family has been directly affected by adoption and, even then, adoptions are always so different from each other. Very rarely do two look alike.

I don't think adoption comes with more worries than having biological children, I just think those worries present themselves in different ways and when you least expect it. So, with that in mind, here's a handful of concerns that often sneak into my mind, usually when I least expect it.