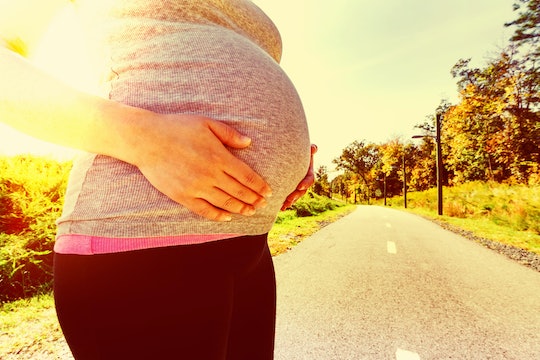 8 Things I Hated To Give Up During Pregnancy

When I was pregnant, people reminded me all the time how lucky I was to have a growing life inside me that would one day be an actual human being. This was merely a distraction technique so that I didn't focus so much on all of the things that had been taken away from me. When I was pregnant, so many privileges had been revoked, from what I could drink, to how I slept. There were a lot of things that were difficult to give up during pregnancy even though I knew that the prize at the end of it was one of the biggest there is in life.

Giving up good things is hard, especially when the reason to give them up seems almost hypothetical, like when you're in the early stages of pregnancy. You know you're not "supposed" to do this or that, but if you don't look pregnant, is it really bad? It is crap logic, to be sure, but the brain does crazy things when it wants an Italian sub sandwich so bad you have no idea how you're going to survive without one.

I knew plenty of women who didn't really care about giving up things they used to love and would occasionally pout about missing coffee and I'd be like, "That's all you miss?" Then I'd do a double take and say, "You gave up coffee? Are you insane?" (Giving up only coffee would have been the least of my problems.) Read on to see if any of these other items sound like something on your "hard to let go of" list.