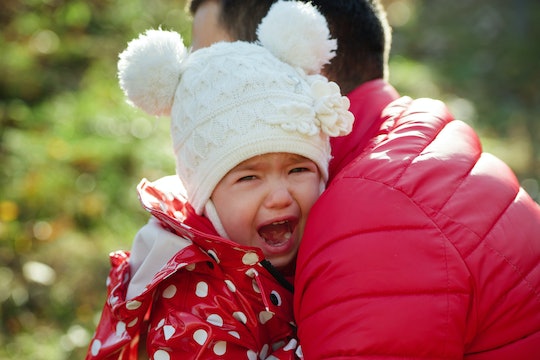 8 Times You Should Pay Attention To Your Kid's Anger

Temper tantrums, though completely normal and to be expected and part of toddlerhood (especially), are a thorn in the side of every parent. Kids, especially when they're still very young, are unable to process their emotions what adults would consider a healthy, socially acceptable way. Though most tantrums and outbursts are just par for the parenting course, and unavoidable at best, there are times when you need to pay attention to your child's anger, as it could be an indication that more is going on than just a misunderstanding or a common frustration.

All of us have dealt with an embarrassing public meltdown, thanks to our usually well-mannered children. While an unnecessary tantrum in the middle of the frozen food section is considered normal, there are times when your child's tantrum might mean more than them an irrational reaction to the color of their favorite cup. Many studies have shown that severe and persistent tantrums, especially when continued beyond a certain age, could be an indication of a sensory disorder. Sensory disorders range in their severity, and happen when the nervous system receives messages from the senses and is unable to turn them into appropriate motor and behavioral responses. Some children with sensory disorders are considered to be on the Autism spectrum, but not all kids who suffer from sensory processing disorders are considered autistic.

Sometimes, children are just hypersensitive to their surroundings. Things like background noises, fear of crowds or physical contact, and an irrational sense that they're in danger are all symptoms of a possible sensory disorder. Furthermore, kids yelling, hitting, and having outbursts on a frequent basis may have Attention Deficit Disorder (A.D.D.), or could be mimicking unhealthy behavior they're exposed to on a daily basis, like the emotional responses of the people who care for them or scenes they regularly see on television.

A child's anger and outbursts are most often considered, and are, "normal," and just part of developing and learning and adjusting to the world as they experience more of it, but there are certain red flags that parents need to be on the look out for, just in case there's more going on and a child needs additional tools and support. The following eight items don't necessarily mean that a child is having health or sensory issues, but they do merit a parent's extra attention.