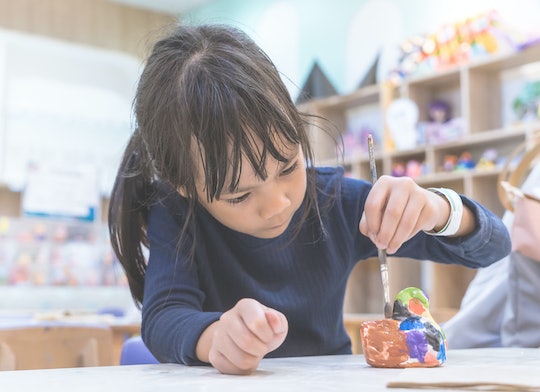 A child’s first day of school is a major milestone, for kids and parents alike. Going from spending most of their time at home to suddenly being part of a group that's being cared for by a relative stranger is, well, a lot. Some kids adjust immediately, while others need to take their time (and shed a few tears). And that's saying nothing of the parents, of course. But when you listen to kids talk about their first day of school, it's easy to realize that, for the most part, our fears as parents and their trepidations as children were just part of the growing process.

My son’s first day of school was two years ago, when he started preschool. He was around 2 and still working on his language skills, so he wasn't really capable of telling me how his first day of "school" went. He did say, however, that he missed me. Recently he was moved up to the older kids' class within his preschool, and I can tell you that he was a bit hesitant about the transition. At the end of the day, though, he had a very big smile on his face.

After inquiring about his day my son told me how much fun he had, despite missing his other teachers. Immediately, any worries I had about this change vanished and I was able to see how well my son had transitioned into his new role as a student. Every kid is different, of course, and some might not be as thrilled at the idea of having to leave home to sit in a chair and do even elementary school work. But overall, if you’re worried about your child’s first day of school, you might want to read how these other kids’ days went first: