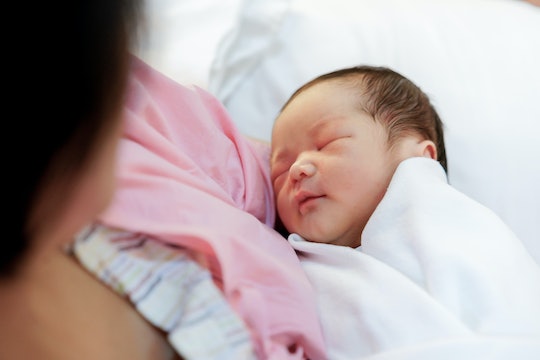 I became a mom when I was just 21 years old. There were many concerns my family and friends voiced when I shared the news that I was pregnant and planning on becoming a mother. After all, I was in the middle of college, in the middle of my first internship and making minimum wage during the school year. While those concerns are certainly valid, I quickly discovered that many of those same, valid concerns immediately disappear when you become a young mom in your 20s.

While I didn't necessary plan or set out to be a mom so early on in my life, every day I become more and more thankful that I did. My initial "plan"was to become a mom after I was married, maybe when I was 25 or 26. You know, after college, after I had started my job, after I had a little more "us time" with my partner (and maybe after we had, I don't know, a dog). In other words, the plan was to hit all the points on a "checklist" society claims we should hit, before settling down and popping out a kid.

Yeah, life doesn't necessarily care about that checklist, though. Your plans rarely (if ever) work out exactly the way you envisioned. Honestly, I'm thankful they don't and I'm definitely thankful mine didn't. I think this new plan has worked out even better than my old one. In fact, motherhood is better than I could have ever imagined it to be, and I truly believe it's because I am experiencing it right now. Not only did I have a much easier pregnancy than I initially envisioned, but I get to look forward to a prolonged future with my kid (and my partner) simply because we started our family when we did. So, sure, there are a lot of things to worry about when you're in your 20s, but when you become a mom in your 20s, the following things aren't one of those concerns:

More Like This
Ginger Zee Had A Perfect Response After A Troll Asked Her "Who's Raising Your Kids?"
It's A Beautiful Day In Jenny Slate’s Neighborhood
How To Wash A Mattress Cover
Toe-tally Cute Summer Pedicure Ideas