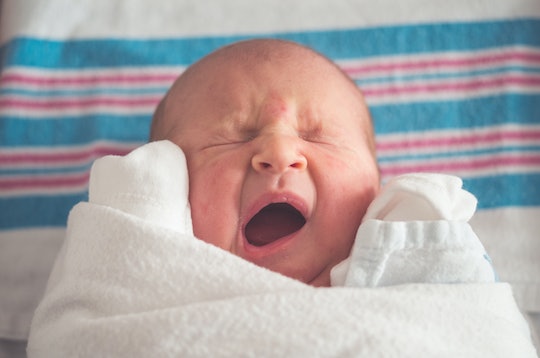 9 Ways Not To Respond To Your Baby's Poor Latch

When I was getting ready to deliver and breastfeed my first baby, the possibility of a poor latch never occurred to me. At least, not that I can remember. I’d heard stories from friends and had spent enough time on the internet to know breastfeeding challenges were a very real possibility, but I never looked into specifics. Sure enough, when my son and I attempted to nurse, we faced a number of struggles. As a result, I learned some of the worst ways to respond to your baby’s poor latch.

To be fair, there were a lot of things I learned after bringing a newborn home. For example, the importance of breast pumps, the necessity of swaddles that fasten with velcro, and how good I am at remembering the words to various lullabies after two sleepless nights. However, out of all the gems of wisdom that presented themselves during those early days, it was breastfeeding that presented me with the steepest learning curve. Latching, in particular, was a struggle. I grew so tired of even saying the word “latch” that, if you could bleep out words in regular conversation like you can on TV, I would have done it. In my eyes, it deserved the same treatment as a the worst cuss words imaginable.

As you might have guessed, my son and I eventually figured it out and breastfeeding grew to be easier and more of a regular routine for us after a few weeks. Though, now that I’m getting ready to do it all over again with my second baby, I’m trying to stay positive and remember to avoid the following if I find myself in a similar struggle: