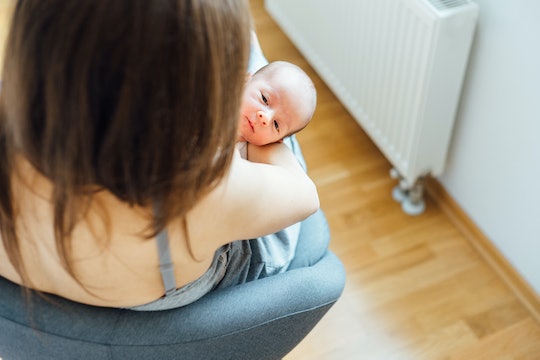 There' nothing easy about becoming a motherhood and finding yourself suddenly responsible for providing your child’s nutrition. Because I chose to exclusively breastfeed, it kind of messed with my mind a bit. On one hand, I felt like a hero for being able to feed my child with just my body. On the other hand, I'd never done it before and was freaking out that it could all go wrong instantly. So I might have occasionally acted unkindly, and I might have said some passive aggressive things to my partner when I was breastfeeding.

In hindsight, I think it's remarkable that I committed to breastfeeding my two kids for over two years, each. When I see new moms doing it now I just want to throw them a parade. In fact, when I think back and consider all those hours I spent breastfeeding, I think I would have liked a little more appreciation for what I was doing. While nobody goes into parenthood thinking it’s a surefire way to gain respect, I do think, as a society, we don’t give moms enough credit for all the effort it takes to make breastfeeding work for them and their babies. I’ve dealt with my daughter’s refusal to eat and an extreme case of oversupply when my son was a newborn, and it really made me question my ability to even be someone’s mother.

All this to say that my confidence as a breastfeeding mom would often take a dip. In those moments, I’d take it out on the one person who was truly by my side for the whole experience: my partner. It wasn’t fair, but he was there. Even though he wasn’t navigating the same path through parenthood as I was, he at least understood that it might be hard for me to be polite when I had a baby in my arms for the last three hours without a break. He was a trooper, and played it cool when I would say these passive aggressive things to him while I was breastfeeding: