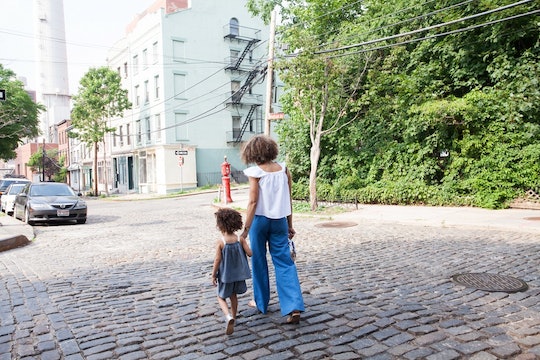 Not sure about you guys, but I’ve noticed that there is a spectrum of sharing when it comes to family planning. Some people are comfortable shouting from the rooftops what they're baby-making plans are, while some prefer to keep that information to themselves. Regardless of how much information you offer, I've seen people who just seem to enjoy telling you how many kids you should have, or casually asking if you'll have one kid or two, or three or five or 20.

And where you fall of the Comfortable Sharing My Reproductive Plans spectrum, it's always a personal thing, and whether someone has zero kids or 10, they're never devoid of good reasons for that choice. I’ve had friends who would announce to anyone with at least one working ear that they were trying to have more kids; I’ve had friends casually mention their baby-making plans (or lack thereof) when it was already a topic of conversation; I’ve had friends keep it so down low that it wasn’t open information until the baby arrived and they posted pics on Facebook.

As for my partner and I, we fell in the middle of the spectrum: We weren't blurting information out, but we didn't necessarily dodge the question if we were asked. Even once I was pregnant, we mostly kept the over-sharing to a minimum until I was starting to show. It’s a choice for every couple to make on their own, though at least for us, it felt right to err on the side of caution since neither of us had ever tried for a baby and we had no idea how it would go.

Well, if you're reading this, we made it. As you may have already figured out, we now have child. In fact, our son is now a toddler, so I’m sure you can guess what that means: We’re getting lots and lots and lots of questions and comments about our next child and our reproductive future. Here’s a sampling of the most frequent ones (which we would gladly go the rest of our lives without hearing):