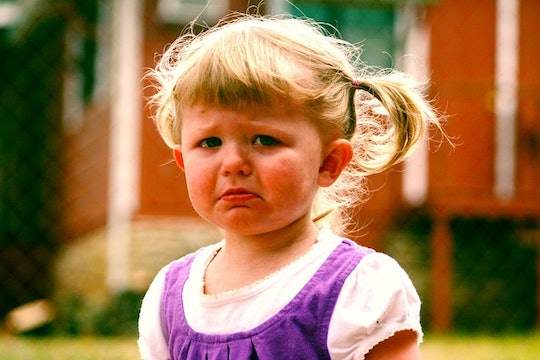 There are very few parents that can side-step the difficult experience that is a kid's tantrum, especially when their kids are toddlers. Dealing with a tiny human throwing a fit is an inevitable part of parenthood (if you don't get them with your toddlers, just wait until they're teens. Trust me on that one.). There are a thousand ways to potentially handle tantrums, some written about in books and some secretly shared amongst parents, but there are definitely things every new mom needs to know about tantrums if she wants to survive them. Full disclosure, though, and for the sake of establishing healthy expectations; you can attempt to prepare yourself as best as possible. Those tantrums are still going to suck.

I am, in many ways, a logic-driven person. When my daughter started to become more emotional and prone to meltdowns a few months after turning two, I tried to logic our way out of them. My partner would often catch me mid-attempt, talking to my daughter and explaining why the red cup was exactly the same in every single way as the blue cup, except for the color. He would watch me in disbelief, and then try to make me understand that what I was doing would basically never work. Did I understand and even agree with what he was saying? Sure, but I just couldn't rewire my brain away from that tendency.

Eventually, after basically re-training my mind, I embraced my partner's philosophy. I stopped trying so hard and started to just do what I needed to do to get through those meltdowns with my sanity intact. I began to understand that attempting to minimize or stop each and every tantrum wasn't accomplishing anything, except providing me with more stress than any human should be forced to endure. When it comes to surviving the inevitable tantrum, there are just things you need to know; things that really are just learned with time and experience; things that I am more than happy to share now, because trust me when I say that if you can minimize that learning curve, more power to you.