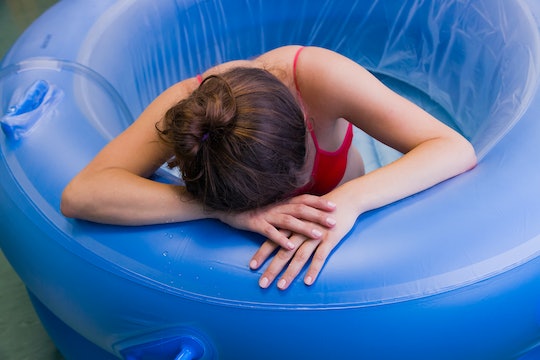 Being in that small percentage of moms who've had a home birth, I tend to struggle with whether or not I should bother even talking about my labor and delivery when I meet another mom. Inevitably though, and for better or worse, conversations between mothers usually include birth stories, and while there are as many different, varying birth stories as their are different, varying babies, the ones that consistently get the most questions and comments are the home births.

I get it. There was a time when hospital births were out of the ordinary and home births were the norm, but now it's quite the opposite. Most women can't imagine bringing another human being into the world at home, intervention-free, but it was surprisingly straightforward (for me, at least). In fact, I couldn't wrap my mind around that scenario either, which is why I had my first baby in a hospital. Still, and while I know hospitals seem so advanced and prepared thanks to all the equipment and matching outfits, let's face it: in many cases, a "normal" birth is shockingly low-tech.

People forget that, though, and so when they meet someone who gave birth elsewhere, they say the same things every single time. The mess, the pain, the assumption that somehow we are a "different breed" in order to be able to do something like that; it's all said by multiple people in multiple situations and I know I could do without hearing any of it again. So, with that in mind, here are nine things moms who had a home birth are tired of hearing, because I can't be alone in feeling like we could all do without these comments.