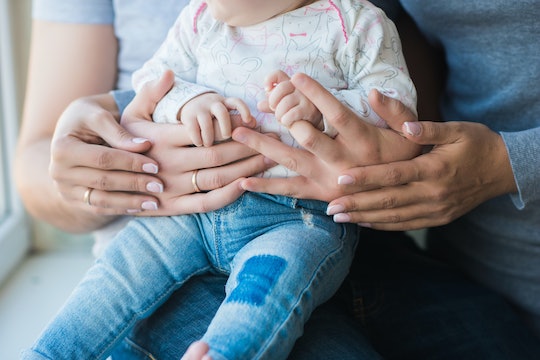 Things You Can Still Do For You, Even As A Parent

It took my husband and I a while to become parents; the better part of five years from making the decision to meeting our daughter, in fact. Those five years involved struggling with infertility and finding ways to cheer ourselves up. Our favorite cheer-up trick, it turns out, was to create a running list of things we wouldn't do, and things we would absolutely still do for ourselves when we became parents. This "game" was half fun, half serious, and always involved some (really, only a little bit) shameless judging of our friends and family as they figured out the ups and downs of parenting. That list got lost in a phone switchover before we had our daughter, and I'm pretty glad I don't have to see the evidence of how judgmental and clueless we really were. Nonetheless, I know part of the list involved things my partner and I still do for ourselves, now that we're parents, and I'm pretty sure we're living up to that part of the list. Well, usually.

We definitely had hilarious and lofty ideas about how often (and for how long) our child would sleep, and how our plans would never be interrupted because we couldn't bear the idea of changing up her schedule. Little did we know, my friends, how little we actually knew. However, we also had a running list of what we wanted to make sure to still do once we had children, because we knew those things would still be important to us as both individuals and as a couple. Harder to accomplish? Sure, but still important.

While I don't generally love how long it took us to start our family, one of the silver linings was being able to focus on what made us happy as a couple, and what we wanted to strive to do together and separately once we became parents. Our transition to becoming parents has been far from seamless, but making sure to continue to do the following things for ourselves (and together) has helped us keep our sanity, through even the sleepiest of days.