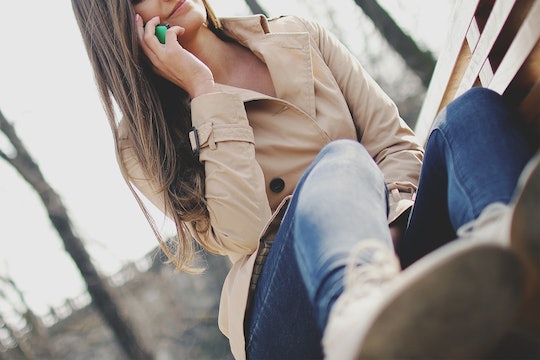 9 Things No New Mom Wants To Discuss With You

I was warned about invasive strangers during my pregnancy, but it typically related to the likelihood that people would want to touch my belly without my permission (it happened just one time, by an acquaintance and not an actual stranger so I consider myself pretty lucky). These cautionary words didn’t, typically and unfortunately, cover how people often assume that, because you’ve had a baby, your life is now an open book that they can peruse at their convenience. Um, no. There are some things that new moms just don’t want to discuss and the fact that they've successfully procreated, doesn't suddenly mean their sense of privacy has evaporated. I'll say it again for the people in the back: just because we’ve given birth, does not automatically mean all that the details of the ordeal are up for grabs. And yes, the fact that I called it an “ordeal” should tell you everything you need to know (and everything you get to know) about my own birth experience.

To be fair, I’m all for sharing stories and relating to other humans (I mean, I'm a writer so it's kind of my thing), but there are limits and there are mothers who don't spend their time writing about motherhood for the internet. For me, personally, how much I’m going to reveal depends on the topic, the person, my mood, and other intangibles like: weather, if I’m feeling good about my fingernails, and how much I agree with the choices being made by the current Bachelor or Bachelorette. In other words, it varies greatly. That said, here’s a handy cheat sheet featuring some gross generalizations on what topics may or may not be well-received by the moms in your life.