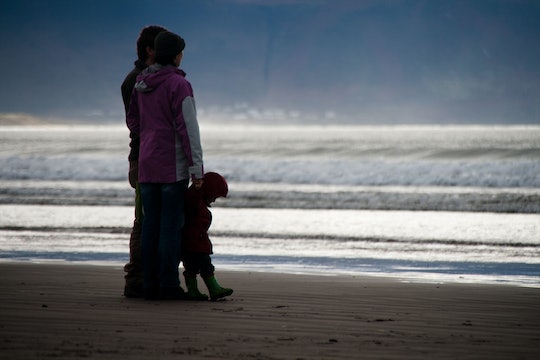 Ireland isn't one of those countries with particularly "wacky" parenting or birth customs. They don't send babies home in boxes or let them nap outside in their strollers in sub-zero weather (like some Scandinavian countries that shall remain nameless). However, but there are some parenting quirks that aren't so commonly known about the Emerald Isle. From getting paid per kid until they turn 18 to free prenatal care, these are more than a few things no one will tell you about Irish parenting, but I will.

I lived in Ireland for almost eight years, during which my husband and I weren't parents but every single one of our friends and family were. Thank goodness, because I got to see how that all went down before we actually became parents. The hardest thing to wrap my head around, as a kid-free outsider, was the fact that after you spent hours giving birth and have a little time to recover, you're moved to a maternity ward with up to eight women and their newborn babies. Eight, potentially screaming newborns all night long while you tried to recover from the equivalent of running a marathon? Yikes!

I never had the chance to give birth or start parenting in Ireland, as my husband and I moved to Houston to adopt in order to start our family. Part of me is very thankful that I avoided some of these Irish parenting quirks, but I also miss just a handful of them; like getting a monthly payment just for having a kid for, well, 18 years. Or the general pace of life that allows you to parent without as much pressure to choose the perfect parenting style (sometimes I even wonder if there are consciously different parenting styles in Ireland!) or put your child in 18 different extra-curricular activities before they're 7 years old.