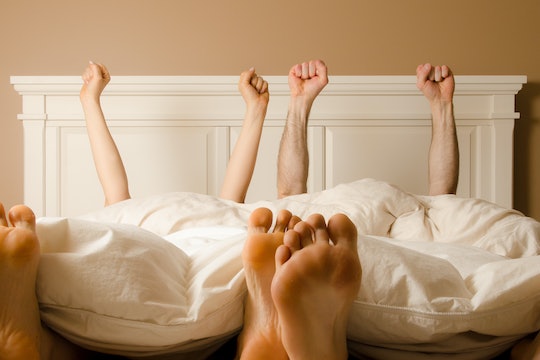 I'm going to go highbrow on all y'all and start an article about sex by first discussing Milton's Paradise Lost. Sorry. I mean, I know I basically tricked you into thinking this was going to be a light-hearted raunchy good time and now I'm whipping out 16th century epic poetry, but trust me, it's related. (And it still will be a light-hearted raunchy good time. Also there's a surprising amount of sex in Paradise Lost. Literature is filthy, guys.) At one point in the story, Adam asks the angel Raphael if angels have sex, to which Raphael replies, "Yeah, only we don't do it with bodies like you do, so it's way better." I always thought the idea of performing an entirely physical act without physicality of any kind was amusing. It sounds intense. But, alas, until the day we somehow transcend our corporeal forms to partake of amorphous angelic orgies, sex will inevitably be closely linked to our bodies. And so, for those of us who identify as sex positive, that means we also have to be body positive, too.

As I've mentioned before, there's a huge overlap between body positivity, feminism, and sex positivity (which is awesome since feminism could use more intersectionality). The result? Sex positive women pay close attention to their bodies in public, private, and semi-private settings (like how they feel, how they are being treated, etc.) and they learn a thing or two, like these following nine things: