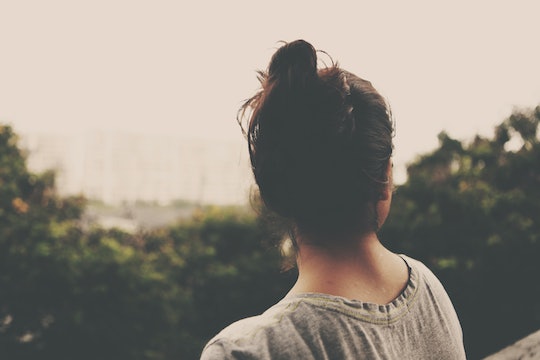 9 Ways Being A Feminist Prepares You For Motherhood

Has anyone else noticed that being a feminist can actually prepare you for motherhood, in some surprising (and some not-so surprising, honestly) ways? I mean, if motherhood has required you to assess your feelings about complicated topics, like feminism and politics and the solo careers of each Jonas brother, please raise your hand. Okay, now while everyone’s hands are raised, please imagine me running around giving you all enthusiastic and supportive high fives, they key word there being “supportive.” I’m not trying to celebrate the challenges that such internal debates may cause, but merely recognizing that becoming a parent makes you think. A lot. About everything. All the freakin' time.

I'll admit, I was slow to adopt the label of “feminist.” For some reason, I associated it with women I didn’t feel like I had much in common with. However, I’ve since learned the error of my ways and now subscribe to the same definition offered by Emma Watson in her 2014 UN speech, which defines feminism as, “The belief that men and women should have equal rights and opportunities. It is the theory of the political, economic and social equality of the sexes.” I mean, how can someone not be behind that, right?

The belief in gender equality actually applies to motherhood in countless ways, too. For example, if you believe that every mother deserves to parent however she decides and however will facilitate her doing what she needs to do in a healthy and safe way, chances are you're a feminist. If you believe that a woman should have the freedom to either stay at home after she has a baby, or go back to work after she has a baby, and either choice shouldn't be judged, chances are, you're a feminist. The list of ways feminism helps you be the best mom you can be literally goes on and on, and it definitely includes the following: