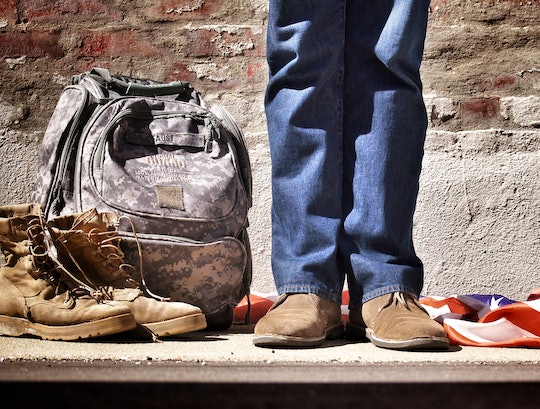 9 Ways Growing Up With A Military Parent Makes You A Better Parent, Yourself

My dad was no longer in the Navy when I was born, but his time in the military has inevitably impacted both of our lives in numerous ways. I'm incredibly grateful to have had my dad in my life, and I don't take his presence for granted. I know all too well that not everyone who goes overseas comes back. My dad was one of the lucky ones who made it back to his family. His time in the military changed him, and even scarred him (both physically and mentally), but he's been a constant source of strength in my life despite, his hardships and the lingering effects of military service. Being raised by a single dad, especially one who was in the military, is challenging at times, but I've taken away some of the lessons he learned (often times, the hard way) and applied them to my own role as a mother.

Veteran parents everywhere are teaching similar lessons to their own kids, and having been raised by a veteran myself, I understand how very important the following nine things are when it comes to being a parent.