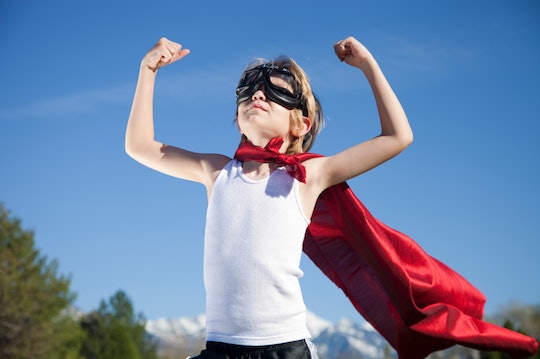 Much like feminism itself, sex positivity can mean different things to different people. Because a movement can be widespread and all-encompassing, but real-life application of beliefs within a movement are rarely one size fits all, individuals can — and ideally, should — mold a particular belief to better suit their personality and needs. However, in the broadest sense of the term, however it ends up being expressed in your life, being sex positive means that all sex, when safe and consensual, is a good thing. Feminists have been at the heart of the sex positive movement, and feminist mothers are teaching their children that sex isn't something to be ashamed of, afraid of, or a thing that devalues their overall worth as humans.

While feminists have many things in common, no two feminists are alike. It should go without saying, but everyone is wonderfully and beautifully different, so even a broad common area of belief, like feminism and sex positivity, can't erase our vast complexities and innate individualities. Still, while every parent is different and every child is unique, all sex-positive kids have one thing in common: they tend to be more confident.

Sometimes it's silent, and sometimes it's blatantly obvious, but the confidence that all sex-positive kids posses essentially comes from having learned from an early age that they should never apologize for their bodies, or the things they choose do with them. Because consent and safety are a vital part of the sex positive movement, a sex-positive kid will be acutely aware that their sexuality — and the actions they take to express it — are natural and awesome and totally fine. They won't be ashamed of their sexuality, thus making them more confident in what they do, how they do it, and who they do it with.

This isn't to say that every kid who's raised by sex-positive parents will end up being super outgoing; that's not what "confident" means. And I don't mean to imply that these kids won't still end up experiencing the same awkward growing pains and moments of social ineptitude that are unavoidable while growing up. I'm saying that, beneath and beyond all of that, there will be an unshakeable foundation of knowing that nothing about them or their bodies is inherently "wrong." And that changes everything for a kid, especially as they're developing their sexual identity and body image.

The fact is, when you learn that there are certain things that you should never apologize for, you embody a personal strength that manifests into a self-possession that can't help but be noticeable. When you realize that you don't owe people explanations or apologies for your sexuality and how you decide to express it, you'll be confident that the sex you're having (or not having) — even if others don't agree or have issues with it or don't like you for it — is nothing to be ashamed of. It's not only freeing, it's healthy: Studies have suggested that the more sex positive an individual is, the less anxiety, depression and self-hatred they might end up feeling.

All sex-positive kids have one thing in common: they tend to be more confident.

Confidence can be hard to come by, especially living in a society that is constantly judging and shaming individuals for their sexuality (and pretty much anything else about them). But sex-positive kids realize that the inability for others to view sex and sexuality as a fundamentally healthy and vital part of life has no direct impact in their past, present, or future — if they don't let it. While others who have, sadly, been taught that sex is something to be ashamed of — and something that devalues an individual, especially women — are constantly looking for approval, sex-positive kids know the only approval they need, is the approval they give themselves.

The sexual decisions any one individual makes should be between that individual, whomever they're having sex with, and probably a physician, because safe sex is awesome sex. Sex-positive kids grow up in an environment that fosters that kind of thinking, and in no way will they ever feel obligated to divulge information about their sex life in search of approval or permission or validation. When you are taught that you have an inalienable and complete ownership over your body (even if you have to fight for it), you realize that you're not beholden to anyone but yourself — not for your beliefs, your choices, or your actions.

When you are taught that you have an inalienable and complete ownership over your body (even if you have to fight for it), you realize that you're not beholden to anyone but yourself — not for your beliefs, your choices, or your actions.

Is it difficult to teach our children to be confident? Of course it is. As my own son continues to learn and grow and flourish, I can only imagine how much more difficult it will be. However, when you teach your kids to be sex positive, you're also teaching them to be confident. That confidence will bleed into every other facet of their lives, enhancing their chances of living their very best lives.

So while it might be easy and even tempting to lump everyone who believes one specific thing or adheres to one particular movement, everyone truly is different. No two feminists are alike, and no two children who have been raised in a sex-positive environment are completely similar. However, all sex positive kids stand a better-than-average chance of ending up feeling confident about their bodies, their sexual choices, and their lives in general, and that truly is the best gift any parent could give their child.