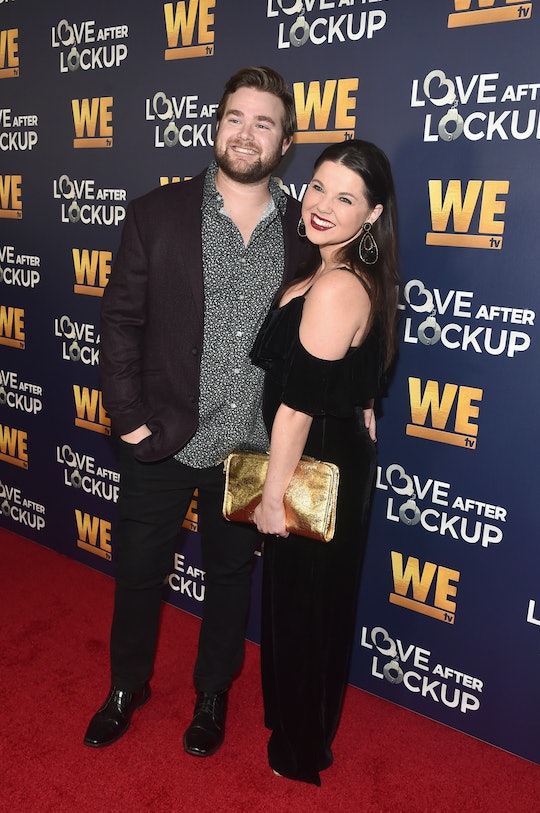 Amy Duggar is part of the whole Duggar pregnancy boom going on these days. She is 30 weeks pregnant with her first child, a little boy, just as so many of her cousins are also expecting new babies. And while she is clearly very close to the rest of the Counting On stars, there are some differences in the way they share their lives. The clothing designer was not raised by Michelle and Jim Bob Duggar and is not tied to their modesty rules. Which means that Amy Duggar can post an intimate bump pic on her social media that is very different from her Duggar cousins. And fans are totally loving it.

Amy and her husband Dillon King are expecting their first child together this fall. The couple have been married since 2015, which already sets them apart from the rest of the Duggar clan who tend to start having babies pretty quickly after marriage. Ever since announcing her pregnancy via social media in April, the 3130 clothing boutique owner has been keeping fans updated on her progress. As People reported, she announced that the couple were expecting a baby boy in June, for instance, and on July 20 she shared her son's name, Daxton Ryan King.

Her latest update? Amy has hit the 30-week mark, and she and husband Dillon shared the milestone with a photo of her growing baby bump while snuggled up together in bed. Avert your gaze, Jim Bob Duggar, I don't know if you'll be able to handle this one.

Amy captioned the sweet photo of Dillon embracing her bump:

Loving on this 30 week bump tonight!

Do you know who else loved the photo? Pretty much every one of Amy's followers on Instagram. Fans took to Amy's wall to write her notes of appreciation:

One of the more beautiful maternity photos I’ve seen. Congrats girl! What a beautiful life.

Amy!!! This is THE most precious

So excited for you!!! So cute!

This isn't the first time Amy has happily shown off her bare baby bump on social media. She buried herself in the sand on her babymoon in Florida in July while leaving her face and her bump exposed.

She and husband Dillon had a lot of fun sharing photos on their babymoon, in fact, with fans getting a big kick out of her very un-Duggar-like bikini bump photo on the beach, according to Us Weekly (with husband Dillon leaning on her belly in an optical illusion).

While her Duggar cousins like Jessa, Joy-Anna, and Jill might opt for a more traditional route to pregnancy and child-rearing, Amy is doing things her own way. Even when it comes to gender stereotypes. While she has written on Instagram that she is excited to be a "boy mom" and will try her hand at "dirt, hunting, and fishing," she also made it clear that she would be comfortable with her son playing with dolls if that was what he wanted. As she wrote on Instagram, as per In Touch Weekly:

We will love our child no matter what!

Amy Duggar might be a member of the Duggar clan, but she's doing pregnancy her own way. And the best part is, fans seem to just love it.