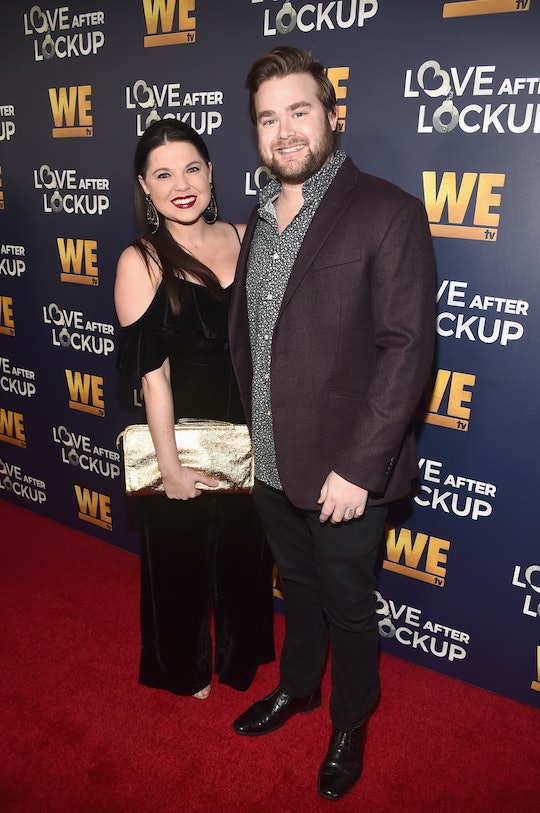 It's finally happened, folks; after months of following her pregnancy via her Instagram posts, Amy Duggar King has given birth. I can't think of many first time moms who were more excited than this Duggar cousin, who first came to be known in the public eye as a frequent guest on TLC's Counting On. The 32-year-old 3130 clothing boutique owner has been delightfully open about her journey every step of the way, and now that her little boy has arrived, she is clearly overjoyed. Amy Duggar shared a sweet baby Daxton update, and being a boy mom suits her down to the ground.

Amy and her husband Dillon King welcomed son Daxton Ryan on Oct. 9, as per People. The first-time mom told the news outlet just days before giving birth to her son via scheduled C-section that she was incredibly excited to finally meet little Daxton, “I’ve always wanted to be a boy mom! Dillon builds lifted trucks, so I can just imagine how suped-up the Power Wheels will be. We just can’t wait for this little ball of energy to arrive! He’s already named, so let all the embroidery begin. I am so obsessed with baby bath robes!”

On Friday Amy shared an update from her hospital room about Daxton's weight, length, and her own feelings on being a mom with two simple words, "Pure joy!"

As Amy shared in the caption of her picture cradling a sleeping Daxton (and looking so happy and serene I can't stand it):

7lb 8oz. 20 inches long Pure Joy!! Have you ever seen such a beautiful hospital room!? Thank you @posynwa For the balloons and fresh stems of eucalyptus!!

It's difficult to believe only two days have past since Amy surprised her social media followers by letting them know she was heading into the hospital for a scheduled C-section on Thursday. As she explained in a lengthy Instagram post, her doctor had recommended the C-section based on the fact that she had an 85 percent likelihood that there could be an emergency situation, despite the potential negative backlash she was expecting from critics:

I have to do what's right for my body and what's healthy for my son. I've been mentally and spiritually preparing myself for this I'm trying to relax, and not worry! But I've never had surgery before, I've never even stayed in a hospital before, so I'm just a ball of nerves...soo I'd appreciate your prayers!!!

Happily all turned out well, with Daxton arriving the same day and his mother noting that he is "absolute perfection" on social media. Some of Daxton's Duggar cousins can already attest to that. Jill Dillard visited little Daxton in the hours after his birth and shared a photo of herself cuddling her baby cousin on Friday with the caption, "Thanks for letting me pop in earlier and snatch some baby snuggles!"

Life is already looking pretty good for Daxton Ryan King, and he's only a few days old. Who knows what his future might bring?