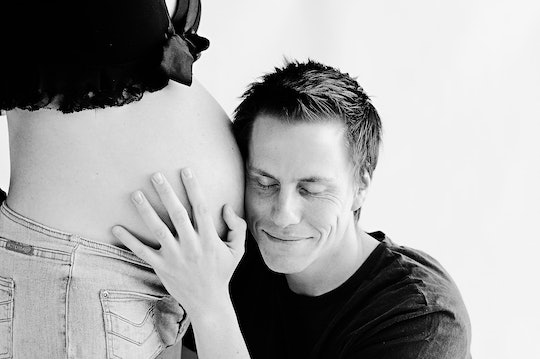 Is A Second Pregnancy More Expensive?

Before the Affordable Care Act (ACA) provision that all insurance plans must include maternity care took effect in 2014, pregnancy and childbirth in the United States were uniquely expensive experiences compared to other developed countries. And now, with a Republican-controlled Congress threatening to repeal those Obama-era ACA protections with a "repeal and replace" plan — the so-called American Health Care Act (AHCA) — these costs are once again on everyone's mind. The whole shebang is just about enough to scare the wallet-conscious away from having any kids, but those who've already welcomed a baby or two definitely want to know: Are additional pregnancies more expensive? Or could they be in the near future?

The GOP's AHCA was approved by the Republican-majority House of Representatives last week, and is now headed to the (also Republican-majority) Senate. And its passage into law would be a serious bummer for young and growing families, because this iteration of the bill permits states to waive the ACA provision that declares maternity care an "essential health benefit" for all. They can also opt out of the provision that bans premium hikes on people with pre-existing conditions.

Essentially, this means that insurers would once again have the legal authority to charge pregnant women potentially massive surcharges if their coverage ever lapses, as pregnancy arguably is such a "condition." The left-leaning Center for American Progress think tank, for example, estimated, that getting pregnant could cost a woman an extra $17,320.

Yikes. Obviously, this would prove simply unaffordable for some. Although the AHCA does call for the creation of high-risk pools in states where this becomes an issue for people with pre-existing conditions, opponents of the bill worry that such legislation would leave many uninsured or with inadequate care. Which means that anyone who had a baby during the time that the Affordable Care Act was the law of the land could have a very different experience getting pregnant again if the AHCA were to become law in its current form.

In 2013, The New York Times reported that 62 percent of private insurance plans lacked maternity coverage in 2011. And under the United States' á la carte-esque pricing for maternity care at the time, in which every ultrasound and blood came with its own price tag, the average total price for a pregnancy, vaginal delivery, and newborn care traditionally cost up to $30,000, according to the Times. A C-section could increase that sum to a whopping $50,000.

The possibility that this is a situation that could recur if the AHCA were to pass in its current form is very real.

Clearly, the passage of the AHCA has the potential to make getting pregnant when and if it becomes the law of the land much more expensive for many people than it was been for the past few years. But right now, there are some factors that could make getting pregnant a second time around a bit tougher than it was at first. According to Women's Health, these include increased age and that ever-ticking biological clock, having less sex because a child is in the picture now, and even the stress of trying to get pregnant. Also, having had a complication first a previous pregnancy, like a C-section delivery that caused scarring, could hinder the process.

This "secondary infertility" could prompt would-be second- or third-time moms to seek fertility treatments, which is obviously a more expensive route to getting pregnant that doing it the old-fashioned way.

Of course, the process of being pregnant and giving birth is just the start of the journey of spending and spending and spending on offspring. No matter what happens with the insurance market, it's smart to prepare your finances in anticipation of the years of parenting and childbirth to come.