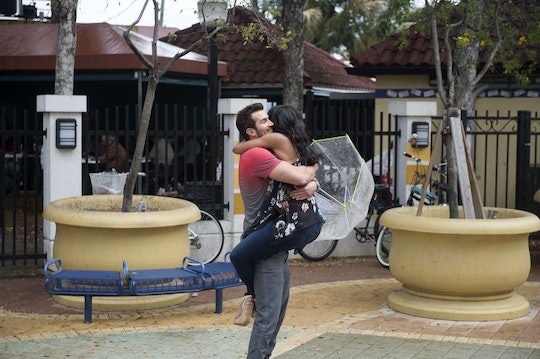 Rachel Can Finally Be Open About Her 'Bachelorette' Engagement

Being an engaged couple in secret has to be pretty difficult, especially for a new couple. In Bryan and Rachel’s case, they’ve had to keep their engagement a secret since filming ended for Season 13 of The Bachelorette. But now that the season finale has come and gone, they can finally be honest with the world about their relationship. So are Bryan and Rachel still engaged after The Bachelorette? They can finally have their relationship out in the open, without their secret meetings or weekend rendezvous that they’ve been doing since they got engaged.

Given that there are so many clues that Bryan and Rachel are together after The Bachelorette, they are more than likely still engaged and possibly working on planning that wedding of theirs. Since Rachel has had to keep The Bachelorette winner a secret since filming wrapped, she also apparently had to part ways with her engagement ring until the show ended this season. And now, she’s ready to not only be able to walk down the street with her fiancé, but also wear her Neil Lane rock with pride.

"I don’t even know what my ring looks like anymore," Rachel told People at the taping of the Men Tell All special. "I’m ready to have my fiancé by my side. There are so many things I get to do and he’s not with me, and I’m like, 'Oh my gosh, he would love this so much.' We’re just ready to be normal and be with each other." So yeah, it looks like Bryan and Rachel are still going strong after The Bachelorette.

Back in May, Rachel confirmed that who she picked at the end of The Bachelorette this season is still her "forever love" and that she’s still "definitely engaged." Now, that was way back in May, but she still seems as excited as ever to show the world who she’s engaged to now.

Rachel also told Entertainment Tonight’s Lauren Zima that throughout Season 13 of The Bachelorette she and her new fiancé have watched it together and have been able to talk it all out. "We watch it, I explain it, talk about it and move on," Rachel revealed. "It’s been great — we don't dwell on anything."

In a recent Facebook Live interview with Entertainment Tonight, former Bachelor contestant Astrid Loch accidentally revealed that Rachel was due to have two different engagement parties soon — one in her hometown of Dallas and one in Miami, which is where Bryan lives. And shortly after, Astrid and some other Bachelor Nation stars who remain friends with Rachel went to Punta Cana to celebrate the engagement, though it seems like Rachel dipped out at the last minute.

Still, it proves that Rachel and Bryan are still engaged after The Bachelorette and it definitely gives you hope for that elusive reality TV love.