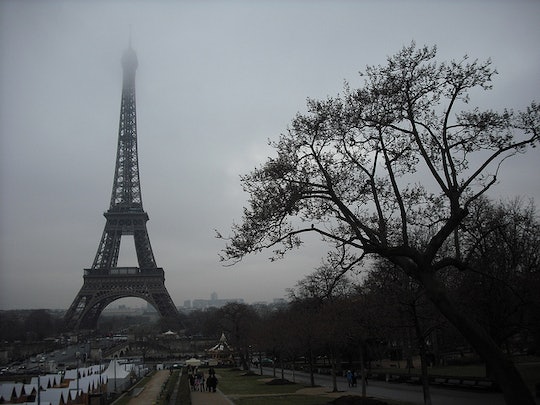 EARLIER: French police told press that they believe all of the attackers responsible for attacks across Paris Friday night are now dead. Reports claim that three explosions were detonated north of the city and over 100 people were killed inside the city's Bataclan stadium before police stormed the venue. As the first details rolled in, many throughout the city and the world were inevitably left wondering the same question: Are the Paris attacks terrorism-related? Following a press conference with French President Francois Hollande Friday night, it was confirmed: Hollande stated that to the best of his knowledge, the attacks are believed to be terrorist-motivated. Shortly after, the president returned to a crisis meeting with Prime Minister Manuel Valls and Interior Minister Bernard Cazeneuve to address the attacks further, CNN reported.

“As I speak, terrorist attacks of an unprecedented scale are taking place in the Paris region,” Hollande said in an address to the nation. “There are several dozen dead, lots more wounded, it’s horrific.” According to French media, one of the attacks took place at a restaurant, Le Petit Cambodge, where shooters armed with a AK-47 rifles fired numerous shots at patrons, while another took place at bar Le Carillon. Attacks were also carried at at Le Bataclan, where American rock band Eagles of Death Metal was playing inside the venue at the time, according to The Standard. The AP reports that the attackers tossed explosives at the hostages while inside the venue, causing massive carnage inside the arena before authorities were able to overtake them, leaving both attackers dead.

In addition to the shootings and the hostage situation, three explosions were also reportedly detonated just north of the city, near Stade de France, the country's national stadium. As a precautionary measure, police then forced the stadium into lockdown, and President François Hollande, who was reportedly at the stadium at the time, was swiftly evacuated. A live broadcast of a soccer game taking place between France and Germany at the time captured the sound of one of the explosions that evening.

In addition to Hollande, President Obama spoke about the attacks on local broadcast channels. "Once again, we've seen an outrageous attempt to terrorize innocent civilians," he said during his broadcast. Obama also offered condolences to the families of those who have been killed and told the public he would be in direct communication with Mr. Hollande.