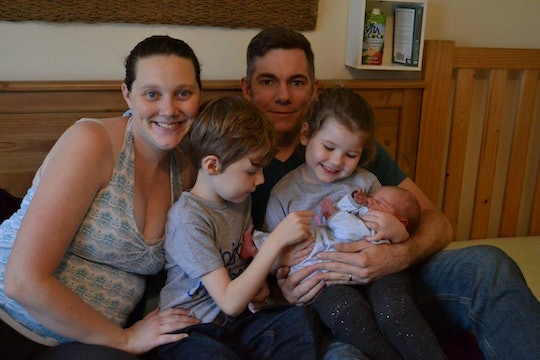 Why Losing The ACA Just Isn't An Option For Me

Congress has just started its 2017 session, and, as promised, the Republican-controlled legislature is trying to dismantle, or "repeal and replace" the Affordable Care Act, which is one of former President Obama's best-known accomplishments. Their reasons for dismantling the ACA is that many people's premiums have gone up, or they haven't been able to see the same doctors as they were promised. (Nevermind that the ACA as it stands now is far from the proposed measure that Obama introduced, which would have included a public option along with the plans offered by existing insurance companies.) And while I certainly sympathize with the exorbitant costs of healthcare in this country, I'm terrified that repealing the ACA will leave a lot of people without insurance. And if it weren't for my partner's insurance, I'd be one of them.

I have pre-existing conditions. To an insurance company, I am more expensive to cover than people without such conditions. The thing is, my conditions aren't uncommon, in fact, I don't know many people who haven't had some blip in their healthcare history that might give insurance providers pause. For full disclosure, my conditions are as follows: mild asthma (haven't had to use an inhaler in years), migraines, panic disorder/anxiety, and microscopic colitis. For the most part, I am a healthy person. I've never smoked. I've never been hospitalized. But I have been denied health insurance coverage. In the years before the ACA, when I was fresh out of college and kicked, unceremoniously, off of my parents' insurance, I had a really hard time finding coverage. And in fact, my struggle to find coverage sort of dictated my family planning. I had to wait to have a child because I simply couldn't get an affordable plan that would cover maternity care.

For such a personal decision, I hated having the timing of whether or not we were ready to start a family dictated by some insurance companies.

Before I got married, I probably would have qualified for assistance from the state if I had gotten pregnant. I qualified for very low-cost birth control from Planned Parenthood and was able to get my annual well-woman exam from them as well. I had insurance. It cost me about $100 per month. It had a huge deductible, but if I got hit by a bus or something, I wouldn't be totally up the creek. But it didn't cover anything before the deductible was met. And so I went to Planned Parenthood for that year between college and getting married. I went to a student psychologist for therapy for my anxiety disorder. I paid a flat rate for that, because there was no way any behavioral health would have been covered.

Then I got married. I thought I would be able to be covered under my husband's insurance. As a preschool teacher, I had no benefits and I was paid a few dollars an hour over minimum wage. But my partner worked for a tiny company. To be included under him would have taken about a third of his paycheck. So I began to shop for insurance. We didn't want to wait to start a family. I would have been happy to conceive a baby on our honeymoon. But I wouldn't have been covered. For such a personal decision, I hated having the timing of whether or not we were ready to start a family dictated by some insurance companies. Since we were married, my household income disqualified me from the assistance I received through Planned Parenthood.

Shopping for insurance with maternity coverage was hell. I found one that looked good. I didn't know what an "underwritten plan" was. Filling out the application took forever. I had to describe, in detail, every aspect of my past medical history. I had to try to recall the dates of past urinary tract infections. I needed to look up addresses and phone numbers of doctors I hadn't seen for years. But all in all, I still felt like my application painted me as a healthy candidate. I was wrong.

I got denied because of migraines and anxiety. The panic disorder was new. I had been struck with it suddenly soon after graduating from college. I was still coming to terms with it, and the thought of living with it for the rest of my life made things look extremely bleak. To get denied health coverage because of it felt so cruel. Especially since I had already been paying out of pocket for the therapy I was receiving.

So I applied to another company's plan. This plan was about $250 per month. It wasn't as ideal. And I went about filling in that same medical history. It was tedious to be sure. Again, I was denied. I applied with many of the major companies that served my state. So I began to read the rejections. All of them said I could apply for a non-underwritten plan. It meant that the plan accepted everyone. I ended up paying almost $500 per month, just because I needed a plan that covered maternity care. (And in general, the rate for women was always higher than the rate for men.)

Before the ACA, if any of my three children had been born with a serious medical issue, I might have had a really hard time finding them coverage that would pay to treat it. The world was a scarier and more uncertain place before the ACA.

I was covered. We were able to start our family. But the whole experience was painful, anxiety-riddled, and ridiculous. It all felt distinctly unfair. I've had to shop for insurance since then. I moved states and went through the whole rigmarole again, this time, I needed coverage for myself and my child.

When the ACA passed, I was thrilled. It would have meant everything to me if I could have stayed on my parents' insurance while I was navigating my panic disorder. I wouldn't have had to scramble to find help. It would have saved me such a headache and a lot of money if I couldn't be denied for pre-existing conditions. And this says nothing about the fact that before the ACA, if any of my three children had been born with a serious medical issue, I might have had a really hard time finding them coverage that would pay to treat it. The world was a scarier and more uncertain place before the ACA.

I've shopped on the market since the ACA passed. And, yeah, it was far from ideal. The website was wonky and not all that intuitive. There are still a lot of plans out there with high deductibles but low premiums. But I am someone who will need to see doctors and specialists. I currently see a primary care doctor, a psychiatrist, a midwife, a gastroenterologist, and a therapist. I still need a plan that has low copays and low deductibles. So the plan I found for 2017 was around $500 per month — the same amount I paid for my first real plan. Only that was six years ago. To me, the benefits of the ACA are obvious. Women don't automatically pay more than men. The whole system is way more equitable. Of course, we have a way to go to keep healthcare costs down, but not turning people away from coverage is a great first step.

I'm lucky now. I'm covered under my husband. The only reason I shopped the marketplace was to see if I could be covered for cheaper than I was through his work. But either option cost about the same, so I decided to stay on his insurance. I'm lucky to have that choice. Especially with a new president for whom dismantling the ACA was central to his platform. Especially with a Congress that started discussing repealing it almost the moment the session started. Even if I had found a cheaper plan through the marketplace, I'm not sure I would have taken it given the results of the election.

I'm far from the only person to have seen the benefits of the ACA. But I know I have friends who have very publicly complained about their premiums going up. They see their cost rising and they assume the ACA is not doing any good. But it is. There are people out there who are able to see a doctor, to get preventive care, to remain financially above water even with catastrophic medical events.

I'm scared about what repealing the ACA might mean for women in my shoes from six years ago. Without even touching the issue of de-funding Planned Parenthood, it seems unfair that health insurance companies and the government should dictate any part of a woman planning her family. Getting denied for coverage felt awful. But going broke just because I got pregnant would have been so much worse. It sounds as though Republicans are going to try to keep certain parts of the law, such as the provision for adult children to stay on their parents' plan. I hope that they do. I intend to make my voice heard about what the Affordable Care Act has meant for me and for my family.