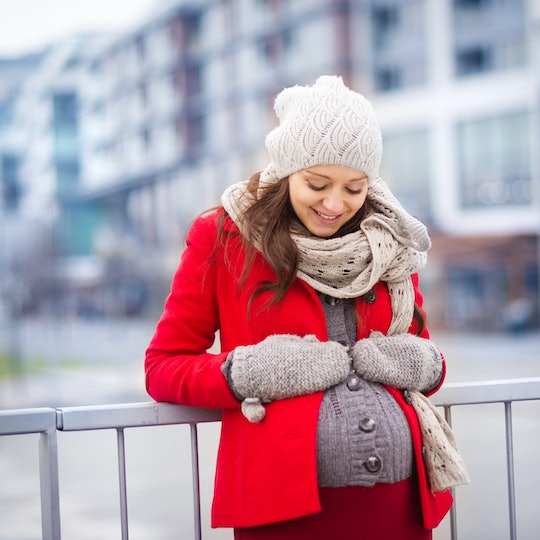 Being Pregnant In The Winter Vs. The Summer

Last week, I wrote an article on the various ways being pregnant in February was the worst. Many women disagreed with my assessment, arguing that, actually, summertime pregnancies were the worst. Well, friends, I have also been pregnant in the summer so I can personally speak on the topic of being pregnant in winter vs. being pregnant in summer. Ladies who claim summertime is actually the worst: I feel you. However, let's do a side-by-side comparison of why each season could be considered the most miserable for those of us with child.

Now, I absolutely stand by every statement I made in the article I wrote: being pregnant in the winter sucks. But that's not to say being pregnant in the summer doesn't also suck. In fact, I even said in the original article, I think there's a good argument to be made for the two seasons tying. Trust me, I get it: I spent my third trimester in a New York City heatwave. However, and having said that, I find they suck for different reasons. Winter pregnancy is logistically sucky. The environment and your changing body are hurling all kinds of problems at you that you will need to out-wit, out-play, and outlast. Pregnancy in the summer is sucky because it's just so goddamn uncomfortable. Like, that's sort of it, but the discomfort is so tremendous that's all you really need to make for stiff competition between the two seasons.

But let's delve in a little deeper, shall we? What are the things pregnant people are up against during each time of the year?

More Like This
New Report Shows 80% Of Pregnancy-Related Deaths Are Preventable
Are Boy Babies Usually Late? Signs Your Baby May Be Born Late
25 Baby Girl Names That Begin With D
Are You Leaking Amniotic Fluid Or Is It Normal Discharge? Experts Explain