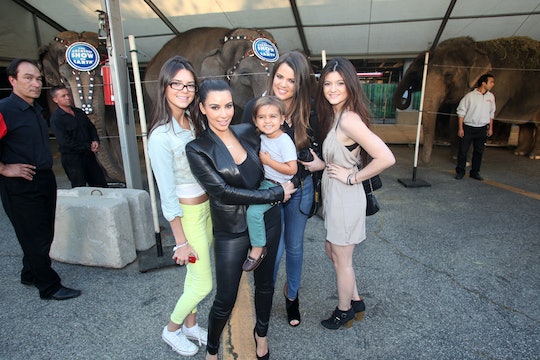 Does Mason Disick Go To School? The Next-Gen Kardashian Is So Intriguing

There's practically nothing a hardcore fan doesn't know about the Kardashian clan by now. From Kim's rough pregnancies to Khloe's diet struggles to Kourtney's relationship drama to Kylie's juggling young motherhood with building a makeup empire, it's easy to recite facts, figures and fabulous parties the clan has thrown or been part of on the air. But, if you really think about, the kids are pretty stealth. For example, now that he's a bit older, does Mason Disick go to school?

After all, at 9 now, Mason is getting to the "big kid" grades of elementary school, as we report. But whether he is formally enrolled in a learning program, as opposed to home schooling or set tutoring, isn't the craziest question for a family that films so much of its life together, often in far-flung locales.

Okay! magazine reported that Mason missed being formally enrolled in Kindergarten to be a major part of Keeping Up With the Kardashian's Season 11 in 2015, which focused heavily on the breakup of Mason's folks, and his dealing with the ramifications.

Still, it's unlikely that Kourtney wouldn't have her eldest in a formal school environment for the long haul... from Kim's social media, for example, we can assume Mason's younger sis, Penelope Disick, 6, is enrolled in the same program as cousin North, 5, both of whom were saying goodbye to Spring Break to return to the classroom, as Kim just posted.

And judging by their adorably matching school uniforms in the snap, the first cousins are at a traditional enough school to require uniforms, right?

Meanwhile, Kourt has been photographed dropping off Reign, now 3, at daycare in the past, so that also points to a parent who prefers a formal education (and look, a lot of people homeschool where I'm from, so more power to them, if that's what Kourtney is doing as well).

Website The Talko pointed to Kourtney actually being a rather strict parent, unlike what some pics of the family (such as Kourtney letting her daughter wear hair extensions, as Baby Gaga reported) might lead you to conclude.

Kourtney has, at least at times, restricted sugar and gluten from her kids' diets, put her foot down regarding too many screens and made sure none of Scott's girlfriends are introduced to her kids until the new partner's been around for a while, the site noted.

“I think just to trust your instincts. I think we all have a mother’s instinct when we have kids, so just trust it and stay calm,” Kourtney was quoted as saying by the site.

But even if Mason has been going to school, things might be changing: People magazine wrote earlier this month that eldest-grandchild Mason will be the first member of the Kardashian- Jenner "next gen" to film on-camera "confessionals" (joining uncle Kayne West in also doing so for the first time in upcoming episodes).

Mason, who People added seems to have a special place in the family — after all, he is the very first of matriarch Kris Jenner's grandkids — may just be in the process of becoming a much bigger star in this shining clan, if his direct-to-the-camera commentaries are a hit. And that, my friends, might interfere with his ability to attend regular school, if he needs to be free to shoot all the time. Mystery solved? Maybe.