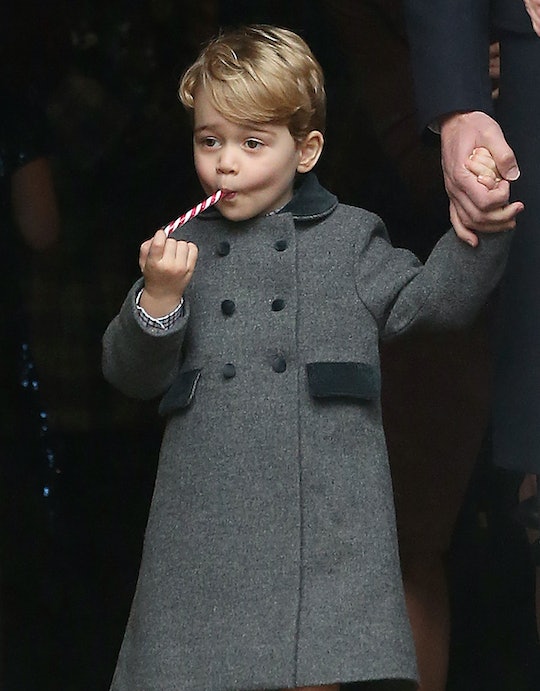 Now that Christmas is a little more than a month away, kids all over the world are presumably starting to think about their letters to Santa Claus. And the list of kids who could be writing letters to Kris Kringle right now likely include the littlest royals. There are actually a few reasons that suggest Prince George and Princess Charlotte believe in Santa Claus, like so many other kids around the world, and this brings me joy.

Prince William and Kate Middleton have reportedly been making as much effort as possible to raise their kids as normally as possible. They have both been seen dropping the little ones off at school themselves, for instance, and Middleton has even taken her kids out shopping for Halloween costumes at a big supermarket. In the United Kingdom, many children are raised to believe in Santa Claus, or "Father Christmas" as he is called there. And it seems 6-year-old Prince George, 4-year-old Princess Charlotte, and their 1-year-old brother Prince Louis might not be different in this regard.

In 2017, for instance, Prince William hand-delivered a letter to Santa Claus from Prince George, who was just 4 years old at the time, outlining his sweet little wish list for Christmas.

Prince William met Santa Claus while on a royal tour of Helsinki, Finland and explained that he had been instructed to give him a letter from his little boy. Little Prince George only asked for one thing even though there was room for five gifts, a police car, which his father explained was probably fine. "He hasn't written down many requests, so I think one request is probably OK," he told Santa, according to ITV News. The little prince signed the note "Love George," but I feel like I should point out he didn't ask for anything for his little sister. Typical big brother, right?

Don't worry too much, though, it seems Princess Charlotte gets pretty excited about Christmas as well. In 2018, for instance, when the Duke and Duchess of Cambridge joined the rest of the royal family for Christmas services at St. Mary Magdalene's Church at Sandringham Estate, the tired mom told royal fan Jill Lee that her kids had been up "very early" to see their presents under the tree, according to Hello! Magazine: "I said to Kate 'were the children up early' and she said 'very early, but it was lovely to see their faces'." Middleton also apparently mentioned that the kids had been singing Christmas songs and putting up decorations around the house in preparation for the big day.

Now that Prince George and Princess Charlotte are a little older, they might both have the chance to write letters to Santa Claus that the rest of the world gets to see. And hopefully they make a request for their baby brother too... he can't write yet, it's only fair.